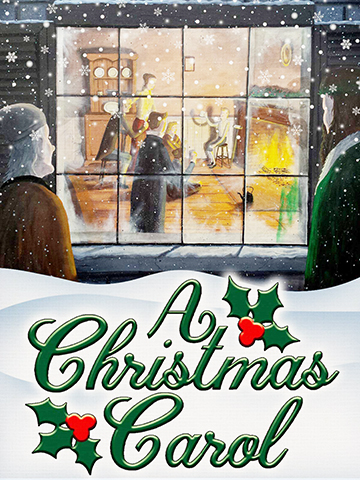 The 1971 animated version of A Christmas Carol, directed by Richard Williams who was born Richard Lane in the Beach, won an Academy Award.

What is the most adapted work of literature in the English language? According to the CNN special Tis the Season: The Holidays on Screen it’s A Christmas Carol by Charles Dickens.

Which is the only version to win an Academy Award? It’s the 1971 animated short classic directed by Richard Williams, born Richard Lane in Toronto in 1933. Who was this genius of animation?

This year at Beach Metro Community News we are looking back at some of the people who have shaped our community. How about an extended family with one city chess championship, two Olympic medals, one Emmy and three Academy Awards? Pick a Lane!

The Lane family story has humble beginnings in London, England where John and Beatrice Lane were raising eight children. Tragedy struck when John, a stone mason, was killed by a falling rock.

What was a widow to do? Around 1917 Beatrice packed up her large family and followed her son Harry across the ocean to Toronto. Harry J. Lane was a successful commercial artist who lived on Pine Terrace in the Beach, then moved to Fernwood Park Avenue around 1919.

Harry and Maude Lane had four children while living more than 40 years on Fernwood Park. The beautiful street in the heart of the Beach was close to the lake and the Balmy Beach Club.

Their son, Dr. Norman Lane, was not only a professor at McMaster University, but also won a bronze medal in canoe singles at the 1948 Olympic Games. Son Kenneth went on to win a silver medal in canoe tandem at the 1952 Olympics and was inducted into the Canadian Olympic Hall of Fame for his leadership in sports. Harry Lane not only won the city chess championship in 1917 but mentored his younger brothers Leslie and Arthur as commercial artists.

All three formed their own art studios. Arthur was one of Canada’s pioneer photographers and was commissioned to photograph the 1939 Royal Tour. Les Lane was the free spirit of the family who saw himself more as a painter. He moved around the Beach from his brother’s home on Fernwood Park to Herbert Avenue to Queen Street East to Neville Park Boulevard then back to Queen.

In July 1930, Les Lane married Kathleen “Kay” Bell, a talented fellow artist at Brigden’s Ltd. They lived in an apartment on Queen Street East, then moved to Kingston Road Manor. Together they opened Les Lane Studios. By 1931 Harry, Arthur, mother Beatrice, Les and Kay were all living within a few blocks of each other in the Beach.

“The course of true love never did run smooth.”
– Shakespeare.

It was the depth of the Depression. A new business, a new marriage and along came a bouncy baby boy, Richard Lane, in March 1933. What could possibly go wrong? Married bliss did not last. Les left Kay around 1935 and Richard did not really meet his biological father until the boy was 16 and went to visit Les in the Bahamas.

Who knows what happens in love and marriage and a baby carriage? Kenneth Williams was a salesman at Brigden’s and Les Lane Studios and then for Kay’s new company, Art Circle. In June 1938, Kay married Williams and changed her young son’s name to Richard Williams who became one of the most innovative animation artists in the world.

He created wonderful title sequences for many films, including What’s New Pussycat (1965) and The Return of the Pink Panther (1975) winning an Oscar for A Christmas Carol (1971) and an Emmy for Ziggy’s Gift (1982).

Williams was presented with two Academy Awards for Who Framed Roger Rabbit? (1988) for visual effects as well as for animation director and creator of the cartoon characters. Williams (1933-2019) also wrote the definitive book on techniques, The Animator’s Survival Kit. Check out YouTube and Richard Williams: Animating Movement.

His mother Kay introduced Richard to Disney fantasy films at a young age. She later told him, “You saw Snow White when you were 5 and you were never the same.”

Les Lane worked for his brothers and lived on Fernwood Park, then went on active service in the Second World War and saw the world as an artist, even painting a portrait of Marlene Dietrich in Paris.

Maybe there is something in the water at Fernwood Park Avenue.

Raine dreamed up Tugboat Annie and wrote the screenplay for The Adventures of Robin Hood.

Across the street from the Lane family lived fellow commercial artist George Menzies who also headed for Hollywood where daughter Heather would soon shine as Louisa in The Sound of Music.

Fernwood Park Avenue has a long history of creative talent. Maybe the lake was a “draw” for artists.

Artist or not, we can all appreciate the beauty around us!

“Appreciation is a wonderful thing: it makes what is excellent in others belong to us as well.”
– Voltaire