By BERNIE FLETCHER Beachers love our four-legged friends, but critters can be unpredictable. Name these films in which animal actors are put in tricky situations. 1.) In 1961 Sheila Burnford wrote a novel based on her own pets though it wasn’t a true story. Two dogs and a cat travel across the Ontario wilderness trying […]

By BERNIE FLETCHER We all have our “guilty pleasures”, especially during a long pandemic. Sometimes we just want to turn off our brains and laugh at dumb comedies like, well, Dumb and Dumber or Weekend at Bernie’s. I’ve been watching Impeachment: American Crime Story about the President Clinton / Monica Lewinsky scandal of the late […] 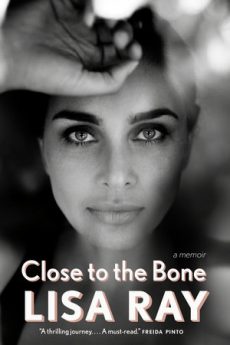 By BERNIE FLETCHER Cancer touches all of us, but it can be beaten. Thousands “stood up” to cancer with the Terry Fox Run and the Weekend to Conquer Cancer. With Thanksgiving weekend upon us, it’s a good time to remember small miracles like a healthy “cancer graduate” Lisa Ray taking part in the This is […]

By BERNIE FLETCHER Despite the COVID-19 pandemic, it’s been a busy summer for film production in Toronto. Besides the usual superhero fantasies, cameras rolled on some serious dramas about brave women confronting past abuse. Sarah Polley is directing a stellar cast (including Frances McDormand, Rooney Mara and Claire Foy) in Women Talking adapted from the […] 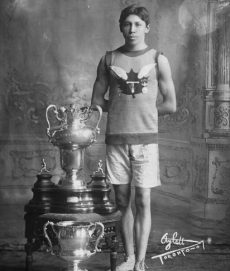 By BERNIE FLETCHER The Tokyo Olympics officially opened earlier this week and we’ll be rooting for the Beach’s Penny Oleksiak, gold medal winner in swimming at Rio in 2016. Go Team Canada! The last time the Olympics were held in Tokyo, at the 1964 Games, we had another young hero to cheer on, distance runner […] 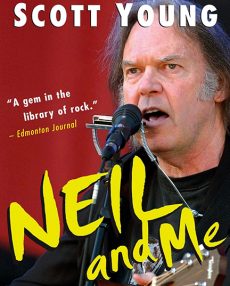 By BERNIE FLETCHER Here’s a quiz question to celebrate Father’s Day (today) and Canada Day (coming up on July 1). What do these talented Canadians have in common besides being born in Toronto: Neil Young, Norman Jewison, Glenn Gould, Christopher Plummer and Eric McCormack? Answer: At some point in the 1940s their fathers all lived […]

By BERNIE FLETCHER The red robes and white bonnets are back. The Handmaid’s Tale began its intense fourth season (CTV Drama) with more dark and disturbing images of the Republic of Gilead. When we first saw this adaptation of Margaret Atwood’s acclaimed 1985 novel, many thought the dystopian world it portrayed was far-fetched, including an […] 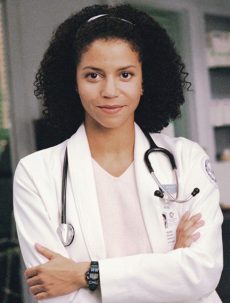 By BERNIE FLETCHER During this pandemic there’s been a new interest in tracing our family histories. Who are we and how did we get here? What’s your family story? If you would like to research your roots, go to the Toronto Public Library website and search “ancestry.ca”. You might be surprised what you find and […] 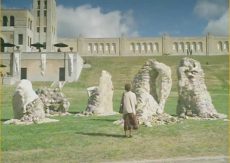 By BERNIE FLETCHER Age should have its perks. We’re not just getting older, we’re getting Pfizer or Moderna or AstraZeneca. Hit me with your best shot, any shot, please! Age is just a number to screen legend Sophia Loren who got her start in film when she was only 15. At 86 she stars in […]

BERNIE FLETCHER As Beach Metro News begins its 50th year this month, it’s good to look back at the changing face of the Beach. Old photos and movies can help show us the way we were, long lost memories frozen in time. Back in May 1974 Ward 9 News reported on “Murder and mystery in […]