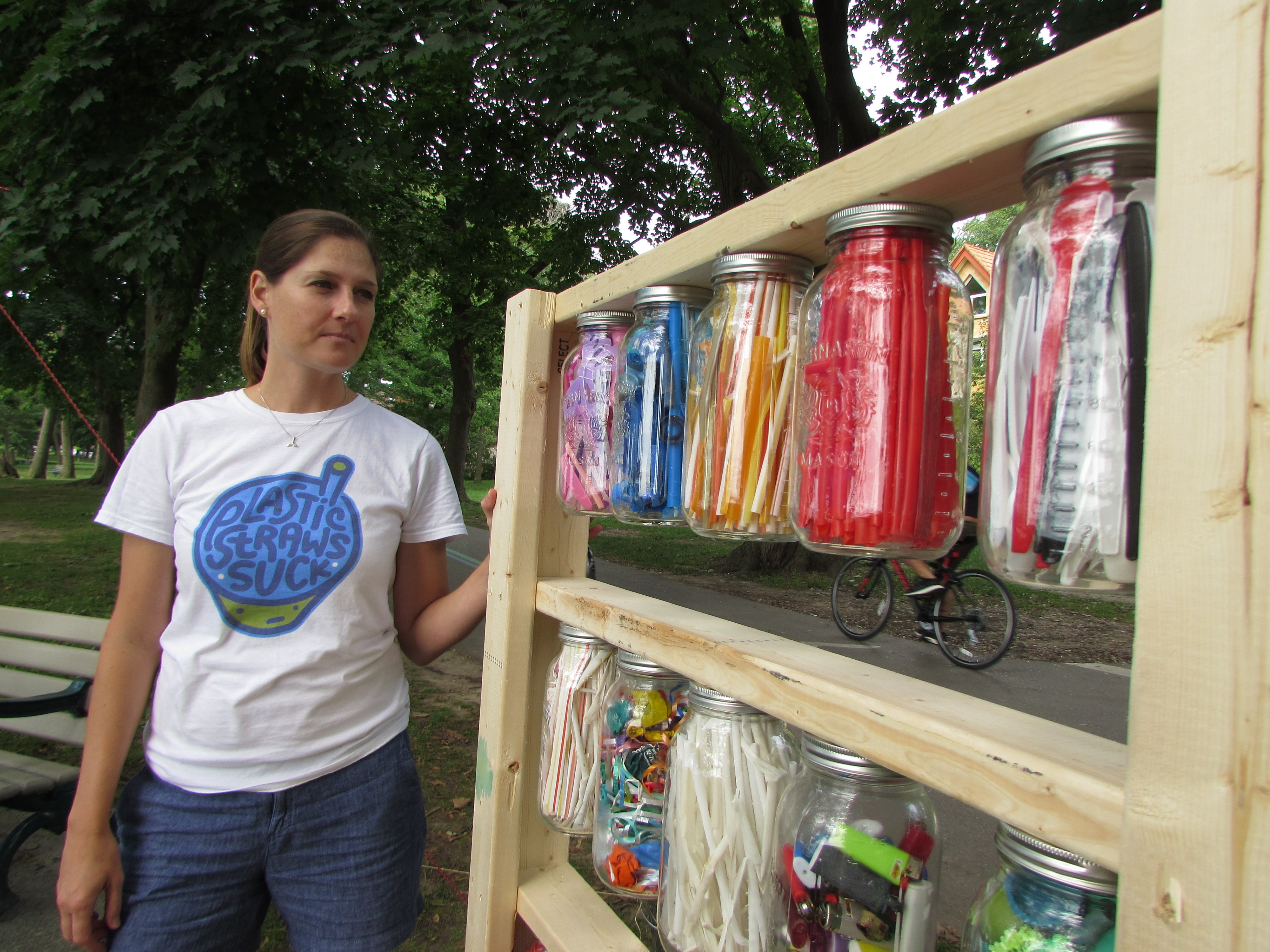 Beach resident Dora Attard collected thousands of bits and pieces of plastic garbage from along the lakeshore of the Beach for a six-month period before deciding something more needed to be done to draw attention to the problem. To increase awareness, Dora took the garbage she and her family had collected and created several art installations to display her findings. A sampling of the over 1,100 straws and hundreds of balloons, lighters, and ribbons that she picked up are shown here. She was also able to create an eight-foot-high water bottle-shaped sculpture using the 1,000 plastic water bottles that she had collected. PHOTO: Susan Legge

Dora Attard’s frustration over the amount of plastic garbage she was collecting along the beach inspired her to start Plastic Free Beach, a Facebook page designed to create awareness. But she didn’t stop there.

After collecting six-months’ worth of discarded straws, coffee cups, plastic bottles and odds and ends along the beach, Dora and her family washed and cleaned the garbage and created several art installations that she hoped to display in the neighbourhood.

She went to Councillor Mary-Margaret McMahon and MP Nathaniel Erskine-Smith, who helped her get a “music and arts” permit so she could set up the art by the beach.

Despite not getting the Woodbine Beach location she had hoped for, her tent at Balmy Beach attracted hundred of visitors, and several media outlets such as Toronto.com and Toronto Star picked up her story.

Dora, a preschool teacher, says she’s planning another garbage collection campaign next year, this one focusing on cigarette butts. “They are everywhere,” she said. “There are over 4,000 chemical toxins in those butts that get washed down to the lake. I understand that it’s everyone’s beach, but people need to take care of their own garbage and not rely on the city to do it for them. The city is not your mother.”