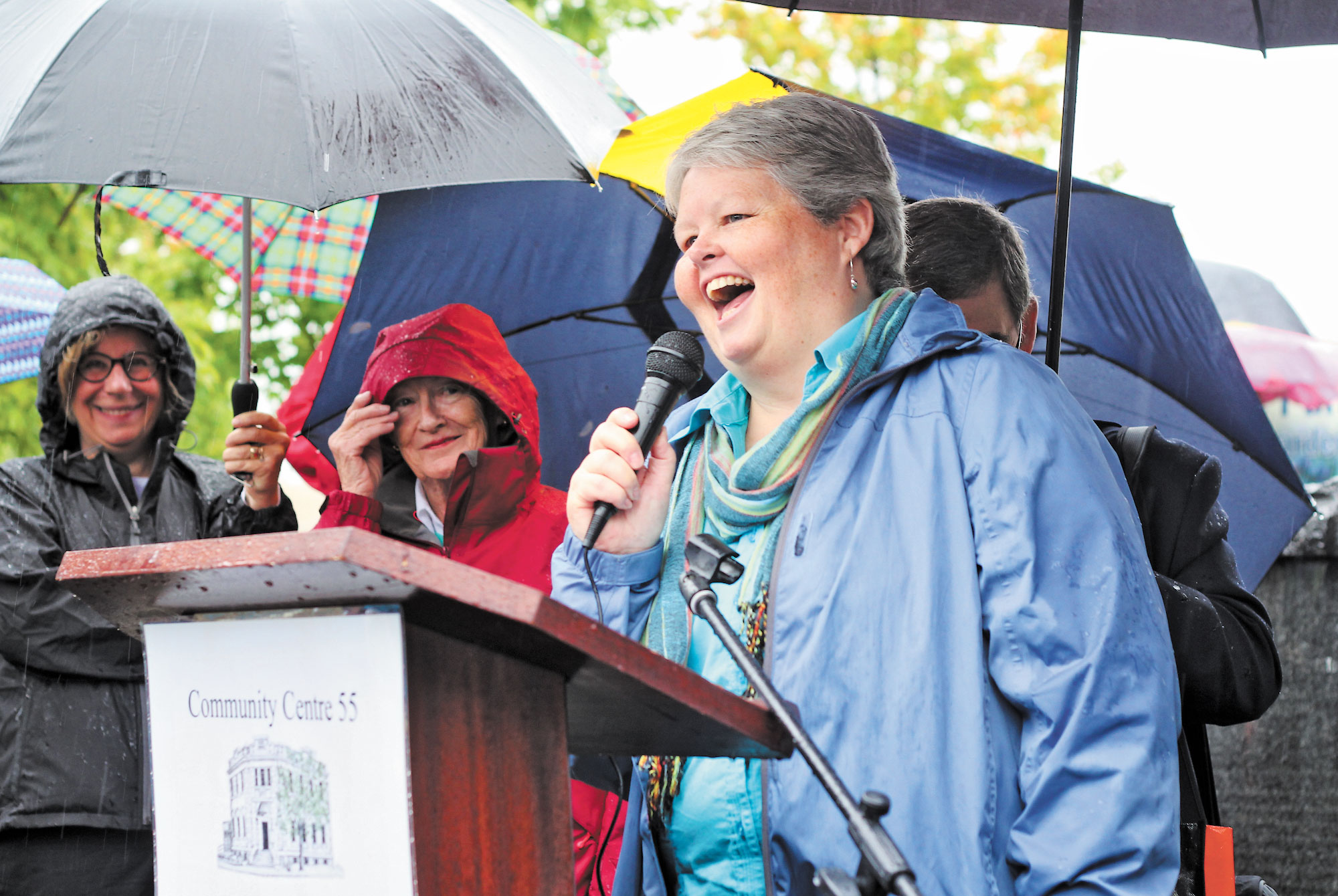 EVERYWHERE SUZANNE Beard went, she ran into someone she knew.

It might have been a former Girl Guide she had mentored. Perhaps it was someone from her congregation at Corpus Christi Catholic Church, or possibly the local Beach Village BIA, which she served as chair of.

Whatever the connection, friends were never far away.

That’s one of the memories Skinner shares of Beard, who died suddenly of heart failure at her home on Monday, March 12. She was 58. “She didn’t suffer at all,” said Skinner, speaking from a family friend’s house in the Beach on March 17.

Beard’s heavy involvement with local causes was something to behold, and it earned her the title of Beach Citizen of the Year in 2013. Her influence extended well beyond the neighbourhood, though, Skinner suggested.

“Sue and I were in Washington, D.C., maybe three summers ago—just walking down the street—and I hear from across the street, ‘Hi, Suzanne!’” Skinner recalled. “She knew people everywhere. It was crazy,” she continued.

Dolores Dean is one of the people Beard has made an impression on. Dean met Beard 15 years ago through Corpus Christi Catholic Church. The two had volunteered to count money for the church and struck up a friendship.

“She was the most generous, happy person they could find, and I was privileged to be one of the last people that touched base with her on Sunday,” said Dean. “After church, we laughed, we talked—she was always quite friendly and giving,” she added.

More than once, Beard went so far as sacrificing space at home to house refugees through a program offered through the Beach United Church’s refugee committee.
“She would open her home to them. As modestly sized as her apartment was, she often, over the years, had someone else living with her there until they got on their feet,” said Skinner.

“She took her friendships very seriously, and she stayed connected with people.”

A celebration of life in honour of Beard is being held at 10 a.m. on Saturday, March 24 at Corpus Christi Catholic Church (1810 Queen St. E.). All are welcome.

This article has been updated. A previous version said Beard had died on March 17.