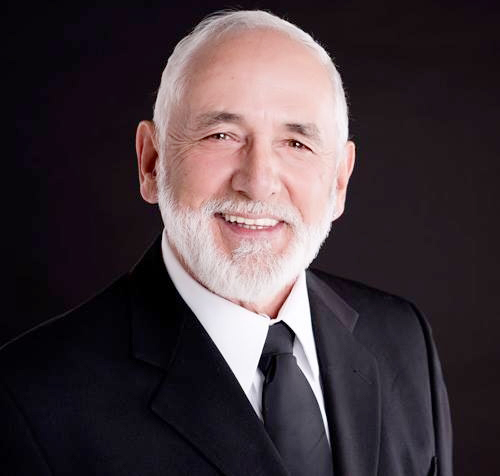 Joe Ring is the None of The Above Party candidate for Beaches-East York in the June 2 provincial election.

Joe Ring, None of The Above Party candidate for Beaches-East York, answers three questions from Beach Metro Community News regarding the June 2 provincial election.

I am 73 years of age. I have lived in Toronto since 2008 and most of that time has been spent in the Beaches area. I am married and have four grown children.

I am formerly from the Northern Ontario mining town of Kirkland Lake. I am one of a family of 10 and I am avid in fishing and hunting. I have always been active in sports and was a player, official, coach and manager in hockey as well as baseball, where I was the president of little league baseball in Sudbury.  Additionally, I was an executive member of the Nancy Green Skiing Program. Along with my local sports activity I was also a volunteer with the Canadian Olympic Association attending the 2000 Australian event, working in the stores responsible for issuing athletes’ carrying bags, uniforms and personal health requirements.

I first started my career in the construction industry while obtaining my Master Plumber accreditation and thereafter maintained my own mechanical service company for several years. However, after a serious accident on-site I thereafter went on to become a construction manager and then a Construction Workplace Safety Officer in the oil fields of Alberta. After retiring from that, I opened a limousine service company and bed and breakfast in Alberta. In 2003 I began an acting career in Calgary, then Los Angeles and eventually in Toronto. I worked as an actor until the pandemic hit and am now doing my part in politics to help curb corruption in politics and to help remove the major health crisis mandates we have today.

It is important to make people aware that the None of The Above Party supports the 3Rs of Direct Democracy, Referendum, Recall and Responsible Government. Elected members are considered independent and are not bound by party control but instead will build a platform directly with their supporters.

The top issue of concern to me is the Charter of Rights and Freedoms, specifically where Canadians and Ontario folks have lost ground.

Most importantly, “The Public Institution Inspection Act”. This Act gave the people the right to enter government institutions, which are the people’s assets, to inspect and audit all government administration practices, property maintenance, documents, files and accounts, including their payables and receivables. These inspections would fall directly under and were coordinated by the Ministry of Justice.  Unfortunately, the Act was ‘revoked’ in 1994 by the NDP and the Orange Party’s leader Bob Rae ahead of being appointed the interim leader of the Red Party. It was the greatest financial asset Ontario residents had to protect their assets and if elected I will work towards reinstating this Act. Here is a link with details. https://www.ontario.ca/laws/statute/90p42

Another direction I will take as the people’s representative is to stop Ontario’s 53 line ministries from submitting applications for government grants that were meant for the people. This was discovered by the Public Institution Inspection Panel in the past. Ministries must stop handing out cheques to their colleagues in the cubicle next to them, ie. conversion grants for oil/gas, window replacement and such.

Metrolinx is transportation for the people and to my knowledge it runs smoothly for the most part. While they’re riding the train the people can think and reflect about the forced lockdowns, food shortages, closing of gyms, theatres, restaurants, churches along with travel restrictions, sky rocketing gas prices, forced vaccinations, sex identity classes for elementary school children and more.

Furthermore, the seizing of basic needs, bank accounts and assets of many of the approximately 10 million people that participated and supported the Freedom Convoy in Ottawa. This action, which was sanctioned by the federal government, borders on Crimes Against Humanity. Thank you for the opportunity to promote my cause and the party’s cause without having to be one of the “4 main” parties, the Red, the Blue, the Orange and the Green.