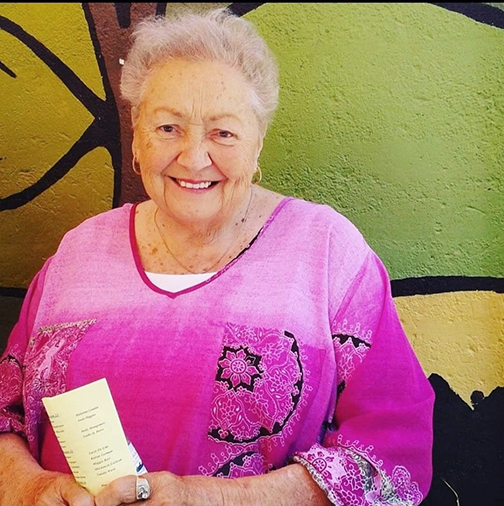 Lois Forrest was involved in many aspects of community life in the Beach including politics.

Beacher Lois Forrest is being remembered as a dedicated resident who was actively involved in many aspects of the community including local politics.

Forrest died on March 6 of this year at the age of 88.

Born in Toronto in February of 1934, her family moved to the Beach when she was a child and she lived in the community for more than 80 years.

“Lois was a stalwart of countless local election campaigns, the Home & School, and an endless list of charitable and neighbourhood causes,” said the obituary posted by her family.

“Lois was honoured to serve the people of Beaches-East York as the federal Returning Officer for many years. An indomitable force throughout her life, Lois was proud of her family, and was an ever-present attendee at someone’s soccer game, baseball game, or recital, and was never too busy to drive you anywhere, stop for coffee on Queen Street, or buy everyone lunch at the GOOF. She never let us down, and she taught us to love family, friends, and community without limit.”

Lois’ husband Ivan was a longtime City of Toronto parks commissioner and Ivan Forrest Gardens park on Queen Street East at Glen Manor Drive is named after him. Ivan died in 2006.

Former Beach area city councillor Paul Christie said Lois managed many of his political campaigns, and played an important role in both his personal and political life.

“Lois meant a lot to me. I am posthumously grateful to her. She was really quite important to me,” he told Beach Metro Community News. “I really did love her, she was family to us.”

“Lois was part of a group of Beach women, and I include my wife, who really managed my campaign and my life,” he said. “She was really dedicated to the community as whole, and wanted me to represent them well and I am grateful for that.”

Christie said that Lois’ personality and deep community connections meant working on one of his campaigns was always a fun activity for those involved.

““My campaign office became so much a place where people came for the friends, for the social experience, and she led that.”

Lois will be missed by her children Kim and Kevin, her daughter-in-law Sue and son-in-law Paul, grandchildren Meghan, Emily, Andrew, Meredith, Olivia, Isobel, and Edward, sister Pat, and her many great-grandchildren, nieces, nephews, and grand-nieces and grand-nephews. She was predeceased by her parents and her sister Maureen, and by her beloved and deeply missed husband Ivan, and son Andrew.

Her funeral was held on March 11 at St. John the Baptist, Norway (Anglican) Church on Woodbine Avenue in the Beach.