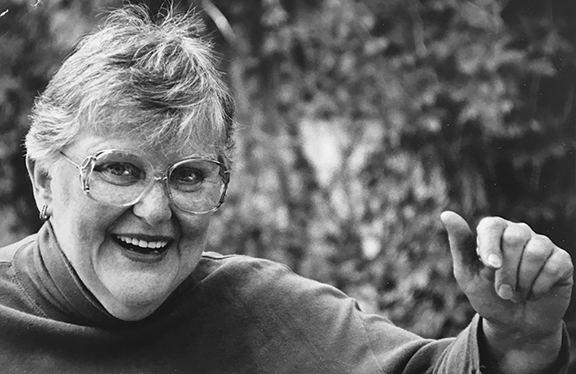 Sheila Cary-Meagher is shown in this Beach Metro Community News file photo. Cary-Meagher served for decades as a school trustee with the Toronto Board of Education and then the Toronto District School Board.

The East Toronto community is remembering former public school board trustee Sheila Cary-Meagher as a passionate and dedicated fighter for high-quality and equitable education for all children.

Cary-Meagher, 86, died peacefully on the night of Jan. 13 after a battle with pancreatic cancer.

She had served as a trustee for the Beach and East York areas on the Toronto Board of Education from 1972 to 1986, and then (post-amalgamation) on the Toronto District School Board (TDSB) from 2001 to 2018.

“The 50 years she spent in public service, starting in the 1972 election to the school board in Toronto, and going on through battles of every kind for kids that the system left behind, was passionate and relentless,” said her son Sean Meagher in announcing her death in a Facebook post late last week.

Earlier this year he had let the community know that his mother had entered palliative care as the cancer that had only been discovered late last year quickly progressed.

“When people learned about the pancreatic cancer that had come on suddenly in December and took her only weeks later, they sent kind notes and memories. Far and away the most common phrase in all of them was ‘force of nature’. Sheila wasn’t a half-measures kind of gal. She took issues on with gusto, stuck with them until the end and didn’t let anything stand in the way,” wrote Sean his Facebook post.

“Nothing fired her up more than injustice. Nothing moved her to action more than the struggle to create places that help every child be all that they can be. We’ll miss her and her endless energy and unstoppable commitment.”

There were more than 200 comments expressing condolences and memories made about the post by Sean.

TDSB Toronto-Danforth Trustee Jennifer Story said in her comment that Cary-Meagher was indeed a “force of nature” on the school board.

“Her commitment, creativity and drive to make schools more effective, caring and equitable for families was unparalleled. She had a massive impact on the TDSB and by extension the province. I learned a lot from her. We all did,” said Story.

Cary-Meagher decided not to run again for trustee in the 2018 municipal election, telling Beach Metro Community News in a story that she and the board were no longer “in sync” as to the direction being taken.

“I need to be in a place where I could do something good. That I could be constructive and the outcome for children will be better, so I’ll do it from the outside,” said Cary-Meagher in that 2018 story.

“Sheila was in it for the right reason – to give every child the best possible chance in life, particularly those who had so much stacked against them. Her work on model schools helped many educators in poor neighborhoods get the resources that helped close some of the gaps,” commented Janet Davis, who was Ward 31 Beaches-East York Councillor from 2003 to 2018 and worked with Cary-Meagher on numerous education issues in the community.

“She was funny, sometimes irreverent and often pushed the boundaries. She locked horns in the boardroom and had no time for ‘the bean-counters’ at Queen’s Park. But she remained committed throughout her long career to the families and community she served,” said Davis.

“I always thought her best speeches were those she gave at graduations. She spoke directly to the students from the heart with wisdom, sincerity and purpose. Her commitment to them and to public education shone through. Sadly, time and circumstance left many words unspoken. Rest In peace Sheila – your stubborn determination to make things better for kids carries on in the many activist parents and leaders you inspired. You will be missed.”

Toronto-Danforth Councillor Paula Fletcher was a TDSB trustee with Cary-Meagher between 2000 and 2003, and also worked with her prior to that as part of the East End Parents Network fighting proposed cuts to education by the provincial government of then Premier Mike Harris.

“She loved being a trustee and was devoted to the families and kids,” said Fletcher of Cary-Meagher. “She had no time for silly bureaucracy and she let people know that. She would take no nonsense and always stood up for the families, and that would sometimes get her in trouble with school officials.”

Fletcher said Cary-Meagher fought hard to have playgrounds at local schools replaced after the TDSB tore a number of them down in the early 2000s. Cary-Meagher also played a leading role in fighting the city’s proposed closures of a number of pools in local schools shortly after Rob Ford was elected Toronto’s mayor.

“Anyone who swims in a school pool should know they have Sheila Cary-Meagher to thank for that,” said Fletcher.

She said both the Toronto Board of Education’s Inner-City Schools and then the TDSB’s Model Schools programs, which provided extra support for schools located in high-needs neighbourhoods, were part of Cary-Meagher’s legacy.

Along with being fierce fighter for the rights of students and their families, Cary-Meagher was also a politician who knew how the system worked, said Fletcher. “She taught me a lot including to always find out for yourself, and don’t just rely on staff reports.”

Replying to the hundreds of comments about his mother on Facebook, Sean said that he had been sharing messages sent to his mother while she was in palliative care.

“Thank you to all the folks who sent notes, both now and last week about Sheila,” he wrote. “She read every one of the ones that came before she died and turned to me one afternoon with her trademark wry smile and said, ‘I’ve been reading these notes about Sheila, she must be some broad.’ Her community was an inspiration to her and your kindness in her last days made them easier for her and us.”

The family said there will be a celebration of Cary-Meagher’s life when COVID restrictions are lifted. “We’ll celebrate her when we can all gather again, and do it up right,” wrote Sean.

A great loss of an outstanding trustee, and a wonderful person.

Sheila really cared about education and people. For awhile I was proud to call her my friend (I was the one who didn’t make enough time for the friendship)