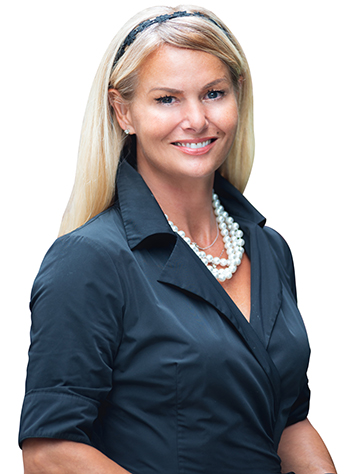 The Conservative Party of Canada said on Friday night that Lisa Robinson will no longer be running for the party in the riding of Beaches-East York.

The Conservative Party of Canada says that Lisa Robinson, who had been running in the Beaches-East York riding, will no longer be a candidate for the party after Islamophobic tweets were revealed.

A statement from Conservative Party communications director Cory Hann said: “Racism and Islamophobia has no place in the Conservative Party of Canada. Our expectation is that all of our candidates conduct themselves in a respectful tolerant manner. Consequently, we have terminated this individual as a candidate.”

The statement was reported by CBC News shortly before 10 p.m. on Friday, Sept. 10.

Earlier in the day, Beach Metro News reported that Beaches-East York Liberal candidate Nathaniel Erskine-Smith had put out a tweet referring to an Islamophobic Twitter comment allegedly made by Robinson in 2017.

In his tweet, Erskine-Smith said “’Ward 1 city councillor candidate’ is none other than Lisa Robinson, the Conservative candidate in Beaches-East York.”

About an hour after Erskine-Smith posted his tweet, Robinson responded to him on Twitter saying that Ward 1 city councillor candidate account was fake and she had reported it as such to Durham Regional Police in 2018.

“This account is fake and in 2018 I reported it to the Durham police. I will be signing an attestation confirming this fact. Sharing this false information is defamatory and must be removed immediately. Alternatively, you’ll be getting a libel notice shortly,” said Robinson’s tweet.

Erskine-Smith told Beach Metro News he was waiting for proof from Robinson that the Twitter account was not associated with her.

He said he had talked to Robinson today (Sept. 10) and asked her for evidence that she had reported the Ward 1 city councillor candidate account to Twitter as being fake.

“If she were to provide some evidence at all it was not her, then yes I would have it removed of course,” said Erskine-Smith of his tweet.

In its report tonight, CBC News said that a Conservative Party spokesperson had told them that “Robinson initially denied the tweets were hers, and that her story kept changing. The party disavowed her as a candidate as a result.”

Robinson’s name remains on the ballot as Conservative candidate for the riding since those ballots have already been created by Elections Canada and cannot be altered at this time. However, were she to get the most votes in Beaches-East York, the Conservatives would not allow her to sit in Parliament as their representative.

In his tweet from earlier today, Erskine-Smith wrote: “Our community has faced down hate too many times already, and its unacceptable that the Conservative Party is giving a platform to someone with these views.”

In a direct Twitter response to Erskine-Smith posted on the morning of Sept. 12 (and also sent to Beach Metro News), Robinson said the following on her @60secwithLisa account:

“Nathaniel, I would like to say thank you for ruining my career and my life. You should be ashamed of yourself. This afternoon I filed another report with the Durham Regional Police Services and tomorrow I will file a report with higher authorities as this is Federal Election Tampering. Please see the screenshot below with my name and photo showing me as the author, but this time is a sickening statement directed towards people of the black community. Look at the date… January 2017. Evidence will show my Facebook Campaign was not even created until a few weeks ago, August 23rd to be exact. The smear campaigns that you and other liberals have chosen to partake in, makes me sick to my stomach. It has made me realize that when people feel threatened by you, they will go to great lengths to destroy you. When I decided to run as the Conservative Candidate for Beaches-East York, I knew there would be the possibility of history repeating itself. But instead of doing nothing and watching Canadians being divided and our rights and freedoms being taken away before our very eyes, I knew I had to face my fears and stand up for what is right ALL Canadians. I will not stoop down to your level and participate in your dirty politics, instead I will continue to focus on what really matters and how I can help the people of Beaches-East York and all Canadians. Maybe you should re-evaluate your position and do the honorable thing and step down. – Lisa Robinson Candidate Beaches-East York.

“Oh and one more thing… Maybe you should also research Dominion Voting Systems. You may find they have on more that one occasion, elected the wrong person into a position who did not receive the vote.”

The screen shot Robinson refers to is of a Facebook account called Lisa Robinson for Beaches-East York with a creation date of January 2017. Beach Metro is not publishing that screen shot due to its content.

EDITOR’S NOTE: This story has been updated from the one originally filed on the night of Sept. 10 to include Lisa Robinson’s Twitter response of Sept. 12.