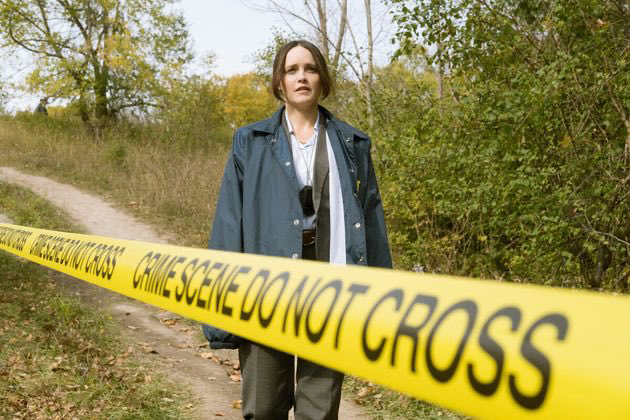 In the television series Clarice, Rebecca Breeds plays the role made famous by Jodie Foster in the movie The Silence of the Lambs.

Made-in-Toronto crime dramas are all over the television dial this month. Despite the pandemic, cameras have been rolling again on a number of shows, including a slew of new sleuths.

Clarice (10 p.m. on Thursday, Feb. 11) has been heavily promoted by Global and CBS. It tells the personal story of FBI agent Clarice Starling and picks up one year after the scary events of The Silence of the Lambs, the intense 1991 thriller which starred Jodie Foster and won five Academy Awards, including Best Picture.

“What do you do with all your rage?”

Once again Clarice is troubled by her past and chasing down killers, but this time Toronto stands in for Virginia and Washington D.C.

The Rouge River Valley near the Zoo in Scarborough is a beautiful place for hiking in nature, but it’s also a favourite filming location for terrible events.

On Clarice, a body is found in Little Rouge Creek near Zoo Road at the identical spot where scenes from the horror movie It (2017) were filmed. The Queen’s Gambit (2020) staged a tragic crash at a bridge over the same creek.

He who shall not be named: Hannibal!

If you’re wondering whether or not you’ll need to break out a little Chianti for Clarice, no, there will be no mention of Hannibal Lecter in the new drama due to complicated “rights” issues.

Hannibal used the University of Toronto’s Scarborough campus as the FBI headquarters in Quantico, Virginia, as well as filming scenes at Bluffer’s Park beach.

If you spy a vintage Porsche parked by a home on Balsam Avenue, that 1969 silver 911S belongs to Matt Shade (Jason Priestley) from Private Eyes which has moved to Thursday nights at 10 p.m. for Season 5 on Global.

Chris Rock solves grisly crimes while driving a 1975 Camaro in the horror feature Spiral (May 2021). Do detectives really own vintage muscle cars?

The silence is over

I’ll have a nice Chianti please, but hold the fava beans and be sure to get a mask on Hannibal Lecter if he ever shows up for dinner.