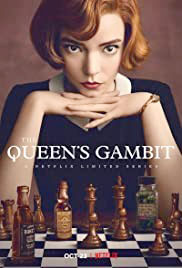 Anya Taylor-Joy in The Queen's Gambit. Much of the Netflix series was shot in and around Toronto.

‘Tis the season to stay home, play board games and binge your favourite shows.

Would you believe the most-watched drama series on Netflix is about…chess?

The Queen’s Gambit tells the story of a child prodigy who learns how to play chess in an orphanage and grows up to be a champion while battling her own demons of addiction and obsession.

The seven-part mini-series explores the true cost of genius.

Even if you don’t know a rook from a bishop, you will appreciate this coming-of-age tale of a young woman who triumphs over adversity to succeed in the male-dominated world of competitive chess.

Anya Taylor-Joy is truly a joy as Beth Harmon, a fictional character from the 1983 novel by Walter Tevis.

Beth is not very good with people and would rather play with chess pieces than dolls.

The chess board imposes order on her chaotic real life experiences: “It’s an entire world of just 64 squares. I feel safe in it.”

Chess takes Beth to places around the globe, but filming was here in Toronto, Hamilton and Cambridge as well as in Berlin, Germany.

Events are set in motion by a tragic car crash filmed at a bridge on Meadowvale Road in Scarborough near the Toronto Zoo.

Scenes were also shot at Western Tech, a Winners store on Front Street and on St. Joseph Street.

The Queen’s Gambit brings chess to life while transporting us back to the 1950s and 1960s.

Watch for The Queen’s Gambit to compete for awards with another show about kings and queens, The Crown.

If you would prefer a more kid-friendly movie about chess prodigies, watch Disney’s The Queen of Katwe (2016) or Toronto-lensed Searching for Bobby Fischer (1993).

Why aren’t more girls drawn to this ancient game where the most powerful piece is the queen?

If you are still thinking about Christmas presents, give kids the gift of critical thinking.  A chess set can lead to a lifetime of fun and problem-solving skills.

Chess lessons and a Winter Break Camp are available online from The Chess Institute of Canada, and Ingrid’s Rookie Reindeers begins online Dec. 21.

Many schools have chess clubs. When life is back to normal, bring your kids down to Chessfest at Harbourfront for a free lesson. You might watch me get check-mated by a nine year-old with a ponytail!

Chess is the perfect pastime for a pandemic Christmas.

Since we’ve no place to go, when the weather outside is frightful, a game by the fire is so delightful…chess nuts boasting by an open fire, Jack Frost nipping at your nose.

Have a safe and happy holiday!