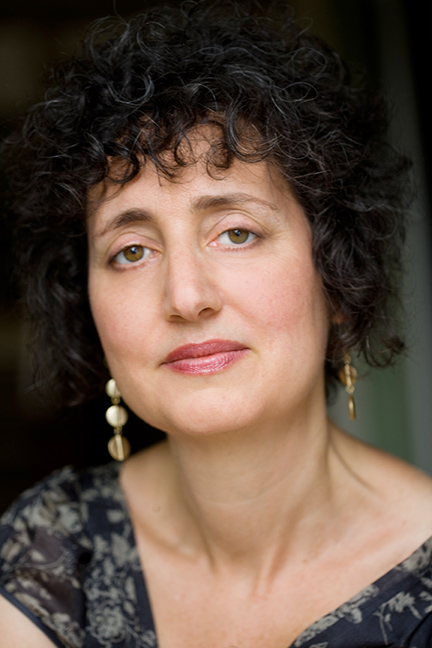 Born and raised on the west side of Montreal (Montreal Ouest), which is predominantly the English-speaking side of the city, Sharon Kirsch grew up in a mid-century home which inspired her recent memoir The Smallest Objective.

Released earlier this year, Kirsch said the narrative non-fiction book’s title was inspired by the smallest objective lens of a microscope. It is about the treasures she finds in her family home while cleaning it out after her mother moved to assisted living and 10 years after the death of her father.

Now a Leslieville resident, she brought along a few archaeologist friends to help her with the task of going through the Montreal house which was built in the 1950s.

“It begins with a rumour of buried treasure,” said Kirsch. “I am emptying the house to prepare it for sale because my mother has dementia. There are two themes in the book: mother-daughter relationship and the other is caregiving for an elderly parent. While writing the book, I did not know how topical that would become, especially from a distance.”

After finishing French Immersion school in Montreal, Kirsch received a Commonwealth Scholarship and attended the University of York in England, studying Middle English Poetry. While there she met her husband, Mark, who is a landscape historian. After university in England, the couple moved to Toronto where they lived in Little Italy and then Eglinton West. They moved to Washington D.C. for a year then settled in Leslieville where they have lived for the last 20 years.

“Montreal is the mountain. Beaver Lake is a place I spent a lot of time growing up in…it is a very winter city (compared to Toronto),” said Kirsch.

She said one of her favourite memories of winter was her father teaching her how to skate.

The Smallest Objective is Kirsch’s second book. She also wrote What Species of Creatures, a non-fiction book about the first Europeans in Canada and their encounters with “exotic beasts.”

For more information on The Smallest Objective, please visit Kirsch’s website at https://sharonkirsch.com/

Kirsch will be holding a virtual launch celebration of the book tonight, Tuesday, Nov. 24, at 8 p.m. in which she will be in conversation with Jeanette Kelly.

Anyone who would like to attend can do so by registering at https://us02web.zoom.us/webinar/register/WN_VC0T9QjuSPmTE9oGEkxM4g