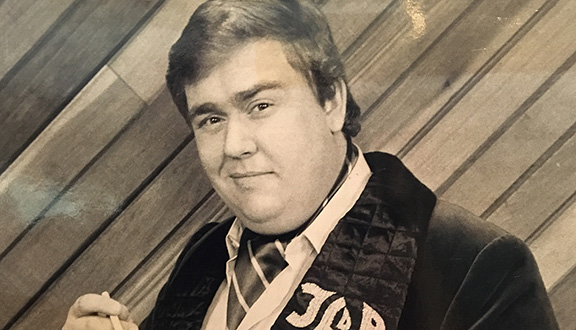 Mayor John Tory made the proclamation in honour of the beloved late comedian’s 70th birthday, which would have been today.

He is also the inaugural member of the East York Hall of Fame, having been inducted posthumously last year. (https://beachmetro.com/2019/03/21/john-candy-will-be-east-york-hall-of-fames-first-inductee/ )

Candy starred in numerous movies during his career including Planes, Trains and Automobiles, Uncle Buck, and The Great Outdoors. He also had many memorable appearances in movies such as The Blues Brothers, National Lampoon’s Vacation, Stripes, Splash, Spaceballs and Home Alone to name but a few.

On television, Candy was a member of the cast of the iconic SCTV show, creating a number of well-known characters including Mayor Tommy Shanks of Melonville and Johnny LaRue.

A lover of sports, Candy was a part owner of the Toronto Argonauts football team along with Wayne Gretzky and Bruce McNall from 1991 to 1994.

Candy died at the age of 43 in 1994 from a presumed heart attack while filming a movie in Mexico.

“Whereas John Candy was a beloved actor and comedian born on October 31, 1950. He rose to fame as a member of the Toronto branch of The Second City and the Toronto-based television series SCTV, where he was known for his creatively crafted characters and his humour.

“Today, on what would have been his 70th birthday, we remember that he had proud roots in Toronto, living in East York as a child, attending high school in Scarborough and becoming co-owner of the Toronto Argonauts from 1991 until his death in 1994. The Argos won the 1991 Grey Cup while he was part owner.

“His sudden death was felt deeply in our city and around the world. His legacy lives on through his family, his iconic performances and his induction into Canada’s Walk of Fame and the East York Hall of Fame.

“Now therefore, I, Mayor John Tory, on behalf of Toronto City Council, do hereby proclaim October 31, 2020 as ‘John Candy Day’ in the City of Toronto.”