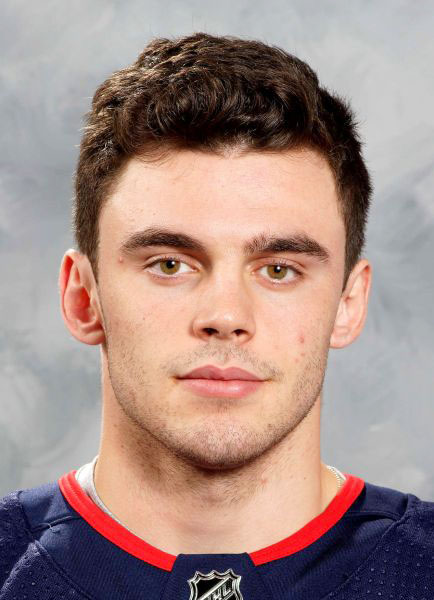 Liam Foudy was a star athlete at Neil McNeil Catholic High School prior to being drafted by the London Knights of the Ontario Hockey League in 2016.

Though he didn’t score a goal in the gold medal game against Russia, Foudy was involved in a pair of plays in the final two minutes of the contest that sewed up the 4-3 victory and the tourney championship for Canada.

Currently a member of the London Knights in the Ontario Hockey League, and a first round draft choice of the Columbus Blue Jackets (18th overall) in the 2018 National Hockey League Entry Draft, the 19-year-old Foudy scored three goals for Canada and logged lots of penalty killing time during the seven-game tournament.

With Canada holding on to a 4-3 lead and killing a penalty with 1:25 left in the game, Foudy’s stick was hooked out of his hands and sent flying by a Russian player who earned an interference penalty on the call.

The penalty against Russia was critical as it negated the power play that had seen the Russians pull their goalie and have six skaters out against Canada’s four penalty killers as they desperately tried to tie up the game.

Russia continued to pull their goalie, and with 37 seconds left in the game Foudy blocked a shot at Canada’s blue line which moments later saw the Russians take another penalty. The Russian player who took the shot that Foudy blocked broke his stick on the play, but instead of throwing the broken shaft to the ice he skated to his own bench with it in his hands. That earned him an illegal stick penalty, and secured the victory for Canada.

It was Canada’s 18th gold medal at the World Junior Championships. Sunday’s victory helped erase memories of last year’s World Juniors performance by the Canadian team in Vancouver which saw them eliminated in the quarterfinals by Finland.

Sunday’s game was the ninth time Canada and Russia had played for gold at the World Juniors. The win made the record five golds for Canada and four for Russia.

Foudy, who calls Scarborough home, attended Neil McNeil up until the age of 16 when he was drafted by the Knights.

While at Neil McNeil, Foudy was a double-gold medal winner in track at the Ontario Federation of School Athletic Associations (OFSAA). At the 2016 OFSAA track championships, Foudy won the 100-metre and 300m hurdles, setting a provincial record in the latter.

Foudy comes by his athletic skills naturally as his father was a player in the Canadian Football League and his mother France Gareau won a silver medal with the Canadian women’s relay team in the 1984 Summer Olympics.

(For more on Foudy and his athletic family, please see our story at: https://beachmetro.com/2016/07/19/pro-athlete-parents-helped-ohl-draft-pick)

Along with Foudy’s contributions, Canada’s gold medal also had another Scarborough connection as the game-winning goal was scored by Akil Thomas.

As Thomas was being interviewed by TSN after the gold-medal game, Foudy skated behind him and yelled, “Scarborough.”