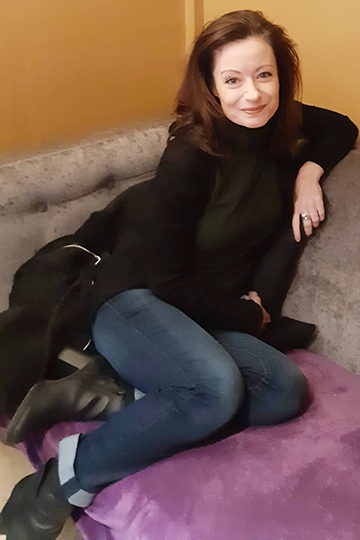 Melanie Peterson recently released the song Christmas Breaks My Heart. She will performing locally at Sauce on the Danforth on Saturday, Dec. 28. Photo: Submitted.

Beach-based singer, songwriter and actress Melanie Peterson was still in her mother’s belly when she believes she was first inspired by music that her parents played in Saskatchewan.

The love of the limelight eventually led her to move to Toronto where she studied musical theatre at Sheridan College.

Twenty years ago there were not a lot of opportunities for acting, so Peterson took up singing in an all-girl band in between acting jobs. She has been performing her soft rock songs at various venues across the city ever since.

She loves to play at Castro’s Lounge in the Beach and Sauce on the Danforth – where she will be performing on Saturday, Dec. 28.

In the west end of Toronto, fans can find her performing at The Dakota Tavern, The Painted Lady and The Cameron House.

When asked what she likes most about performing live Peterson said, “I like the connection with the audience, the reaction and the instant feedback. It’s good for gaging your song writing; you get to see what’s working, what’s not working.”

Melanie’s new single, Christmas Breaks My Heart, which is produced by Micheal Wojewoda, was a personal song-writing challenge for Peterson.

She had already made four prior Christmas songs, so she needed something fresh and relatable that could work for this Christmas.

”I write about love and life experience a lot, and I wanted to express these universal feelings,” said Peterson.

She said that she actually didn’t care much for Christmas in the past as she considered it a stressful time.

However, now she sees that it can be a fun and romantic time where you can take a break and go to parties and socialize with friends.

When asked if she thought if Christmas is a more emotional time, she replied, “It can be a terribly lonely time, especially if you lose someone, and that’s why I wrote the song.”

Peterson had some advice for anyone who wants to get into the music business. “Focus on the craft and to be the best songwriter you can be. It doesn’t matter how many people you know if you don’t have songs,” she said.

Peterson said she gets her motivation for song writing from being creative and being a self-described ‘workaholic’.

“As long as you enjoy what you’re doing  you can lose track of time.”