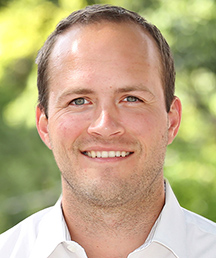 Nathaniel Erskine-Smith is running for the Liberal Party in the Beaches-East York riding in this fall's federal election.

Nathaniel Erskine-Smith is seeking a second term as Liberal MP for Beaches-East York in this fall’s federal election.

Erskine-Smith, 35, was first elected in the 2015 election, beating then NDP incumbent Matthew Kellway.

A lawyer who had done extensive work in the area of civil liberties prior to being elected, Erskine-Smith grew up in the Beaches-East York riding and attended Bowmore elementary school and Malvern Collegiate. He then went on to study at both Queen’s University in Kingston, and at Oxford University in England.

He and his wife Amy now live in the Woodbine Road and Queen Street East area with their three-year-old son Mackinlay.

Back in 2015, Erskine-Smith said it was concerns over the climate change issue that inspired him to get involved in politics.

“The Stephen Harper government was not speaking for me on climate change,” he said. “Justin Trudeau was talking about empowering politicians and communities to make change, and that spoke to me.”

Erskine-Smith said he first decided to run because he wanted to be able to be a part of a government that would make those changes and address issues such as climate change.

He added that he learned a valuable lesson in the importance of local roots when it comes to politics when he ran for city council in Kingston while a student at Queen’s.

“You will always be questioned about your connection to the community,” Erskine-Smith said.

Climate change continues to be one of his key national issues in this federal election campaign.

“We have made significant progress on climate change and there’s still more to do, but we have a moral and national obligation to get this done,” said Erskine-Smith.

“That’s a real difference between us and the Conservatives, and we can’t lose the ground we have made.”

He pointed to the federal government’s ban on single-use plastics scheduled for implementation by 2021, a federal carbon pricing (tax) system, and greenhouse gas emissions as areas where progress has been made on climate change over the past four years.

Health care is also an important national issue for Erskine-Smith, and in particular pharmacare services that “ensure people have access” to the medicines they need.

This is particularly important in such areas as transit, housing and child care, he said.

Cities need to be able to depend on the federal government to be a supportive and stable partner when it comes to funding such services.

That’s crucial for organizations such as the Toronto Transit Commission and Toronto Community Housing, Erskine-Smith said, pointing to more than $1 billion in federal funding over the next nine years announced this spring to address TCH’s repair backlog.

“Cities need a strong and stable funding partner,” he said, adding that is especially important right now for a city such as Toronto where the provincial government is not meeting that need.

Erskine-Smith said the lack of affordable housing in Toronto is having severe impacts on the city.

“It’s tough to live in Toronto for young people,” he said.

“Housing pressures mean we don’t have enough housing and that impacts the society we have worked for…Kids will have to struggle for the same opportunities as their parents. We need politicians to help with that.”

He pointed out that the Liberals national housing strategy replaced programs that the previous (Harper) government had cut.

“We’ve made some strong first steps on housing as a human right, but we need to keep moving on it,” said Erskine-Smith.

Locally, he also pointed to issues such as waterfront protection as being high on his agenda and that of the community members he has been working with over the past four years and who he is now hearing from on the campaign trail.