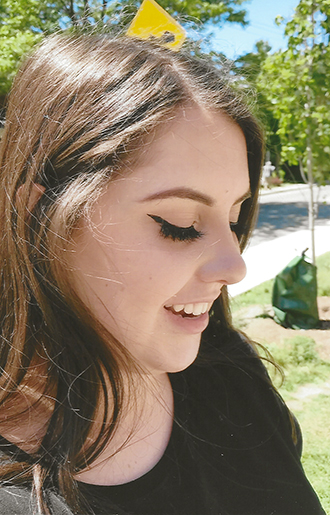 Reese Fallon is remembered as a brave and compassionate teenager who stood up for the rights of others. Photo: Submitted.

As the one-year anniversary of the Danforth Avenue shooting that took the lives of 18-year-old Reese Fallon and 10-year-old Julianna Kozis approaches, Fallon’s family wanted to publicly say a thank you to all those who have supported them during the past 12 months.

Fallon, who had graduated from Malvern Collegiate in the spring of 2018 and was planning to start a nursing course at McMaster University in the fall, and Kozis, a Markham resident, were both killed on the night of Sunday, July 22, after a man started shooting at innocent bystanders along Danforth Avenue in the Greektown area. Along with taking the lives of Fallon and Kozis, the shooter also wounded 13 other people before killing himself.

Reese’s parents, Doug Fallon and Claudine de Beaumont, said the past year has been an “extremely dark time” but the support of the community has been of enormous importance to them.

In an interview at their Upper Beach home earlier this month, they said they wished to thank all those who have been there for them and helped them over the past year.

They said there are too many individuals to name specifically, and did not want to try and mention them all for fear of leaving someone out.

However, they did want to publicly thank a number of groups including the Highland Funeral Home in Scarborough; Brown’s Flower Shop on Kingston Road; Loblaws; the Malvern Collegiate community including staff and students; TD Securities (Doug’s employer); the Beaches-East York Liberal Association and MP Nathaniel Erskine-Smith; Drink inc. (which organized a fundraiser on Aug. 22 in Reese’s memory); and the first responders who came out on the night of July 22 and particularly the Toronto firefighters from Station 323’s D Shift who stayed with Reese after she was shot.

“We want to thank everyone. Our friends, our neighbours and the community itself,” said Claudine. “Eleven-and-a-half months later and we still see the community wrapping us up and supporting us with love.”

Doug and Claudine said that friends and neighbours dropped off food and supported them in numerous other ways in the months after the shooting.

“Our neighbours and the community prepared food for us for about three months. They fed us during what was an extremely dark time. We were not even able to prepare food,” said Claudine. “At first we resisted this, but with the encouragement of some neighbours we came to accept it.”

“We’re a very small family and our friends have become our family. They have been integral to our survival this year,” said Doug.

“We have seen this huge loss, this enormous suffering,” he said. “From such an evil act, we have seen such beautiful acts of kindness.”

He said the family has worked hard to be kind and supportive to each other in the wake of the tragic loss of Reese who was their middle daughter between older sister Riley, 22, and younger sister Quinn, who turned 16 this May.

“The four of us have been very kind and loving with each other, and we have tried to live with compassion for others,” said Doug.

Nothing, though, will ever lessen their grief.

“For us, I can’t form words to do justice to the loss and the sadness we are feeling,” said Claudine. “We will never get over the loss of Reese. We always carry her tucked in our hearts. We live with deep eternal love for Reese.”

Doug and Claudine said they are also grateful to Reese’s friends, many of whom were with her having ice cream in Alexander The Great Parkette after celebrating a birthday party on the night of the shooting, for helping to keep her memory alive.

“This has been a significant loss for them. They were so close, they were like sisters,” said Claudine. “I’m proud of Reese’s friends. They have worked so hard to keep her legacy and spirit alive everywhere in our hearts.”

They are also proud of daughter Quinn’s work with the group triggerchange.ca and a number of other Danforth shooting victims calling for a ban on handguns and assault weapons in Canada.

“She is very passionate and it has become an important cause for her to help make this change,” said Doug.

Claudine and Doug said Reese’s personality was also to stand up for what was right.

“When Reese was here, she tried to be a leader for change for issues she was passionate about,” Claudine.

Some of the issues Reese championed were Pride rights, animal rights and climate change.

“She thought everyone should be treated the same and have the same rights and not be discriminated against,” said Claudine.

Reese’s passion for animal rights and climate change in particular led her to a close relationship with MP Erskine-Smith and to be active in the Young Liberals organization.

“She loved being part of that,” said Doug.

In Reese’s honour, the Young Liberals of Canada have created a fund that will help support members who would like to travel to other parts of the country to take part in conferences, conventions and other events that they might not otherwise have been able to afford.

Julia Steel, a close friend of the family, also established a scholarship in Reese’s name to be presented by Malvern Collegiate.
“We are very grateful for that because it will go on forever,” said Claudine of the scholarship.

She said Reese was “a very brave kid, a super compassionate kid. She always stood up for other people. She was never afraid to make her feelings about helping others known. She was strong and brave and fought for other people’s rights.”

“She was also a witty, smart kid with a dry sense of humour,” said Doug.

“If she had a difference of opinion with another person it was never personal. She could disagree with others but she would not make it personal. She was very polite, even-tempered, low key. She always found a solution to problems. She was always on an even keel and never held a grudge.”

“She was forgiving and willing to let things go and move forward. That is one of the qualities we have tried to wrap into our lives to honour her,” said Doug.

The Fallon family have also been in contact with the Kozis family over the past year as they share their grief.

“They are a lovely family,” said Claudine. “We share this horrific tragedy, and I wish we could have met under different circumstances. They have been a beacon of light for us and a rock for our family.”

Both families are preparing to have the tragic events of last July 22 resurface as the one-year anniversary takes place, and they are trying to focus on the positive memories and moving forward with love.

“We have accepted that we will never have closure on this,” said Claudine. “We’ll never have peace. We have to focus on our family and our friends. For us to have hate or anger does nothing. We need to direct our emotions elsewhere. All our emotions are taken up dealing with this loss.”

“We see her face all the time,” said Doug.