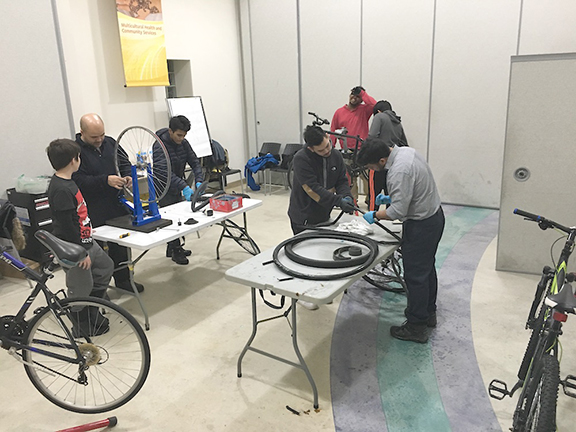 Which is why Premier Doug Ford’s provincial government needs to pass the Vulnerable Road User Act so meaningful penalties are given to those frequently disobeying the rules of the road, said Patrick Brown, a cycling advocate, and founder of Bike Law Canada.

According to Brown, vehicle drivers who hit pedestrians and cyclists are often not charged or have their charges reduced.

Police data indicates five cyclists and 42 pedestrians were killed on Toronto streets in 2018. And, five pedestrians have been killed since the beginning of 2019.

Private Members Bill 62, Protecting Vulnerable Road Users Act, put together with input from Brown and several others, doesn’t just argue for increased penalties in the form of fines or jail time. Instead, it aims to enforce meaningful penalties for drivers convicted of causing death or serious injury to any vulnerable road user such as a pedestrian, cyclist, construction worker or emergency responder.

The Bill was re-tabled for the third time in the Ontario Legislature last November.

Under Ontario’s current Highway Traffic Act, the maximum sentence for careless driving causing injury or death is six months in jail, a two-year licence suspension and a $2,000 fine.

“Vulnerable road users need to be protected,” Brown said, who is an Oakville resident. “(This year) a 30 km/h speed limit needs to be implemented throughout the entire urban core and every residential area within the City of Toronto. That should be mandated with specific lights and cameras to have immediate access to people who violate rules so that they are fined accordingly.”

Two years in, statistics show vulnerable road users are still at risk and the numbers have not gone down. Vision Zero has committed to more than $100 million towards the plan, according to reports. (https://twitter.com/VisionZeroTO/status/738098074401247232)

Marvin Macaraig, Coordinator for Scarborough Cycles, says the city needs to speed up the implementation of its cycling plan, especially in the east end.

“The city has spent money on education and awareness campaigns,” Macaraig said. “The city needs to fund towards existing designs that require more changes.”

“At minimum I think that the city needs to accelerate the implementation of the 10-year cycling plan, as currently, we are three years in, and very little has been built so far, especially when we look at the east end,” Macaraig added.

Another huge opportunity is for the city to further expand and consider adding to what they refer to as ‘sidewalk level boulevard trails’ which is basically adding multi-use trails along Scarborough’s arterial roads, he said.

For example, roads such as Steeles, Finch and Eglinton would benefit from these multi-use trails. These can be implemented beside the existing sidewalks where space permits, without any major reconfiguration of the streetscape or reduction of the existing traffic lanes, said Macaraig.

In June 2018, Toronto Council authorized the creation of 754 new Community Safety Zones around Kindergarten to Grade 8 schools within the city.

The number of bike lanes added is “minuscule,” but it is the primary step to reducing death and injury to cyclists, said Brown.

“Separated bike lanes and putting space between cars and bikes is a key factor in reducing the number of cyclists being struck and injured,” he said.

One of those fatal incidents from last year was the death of cyclist Douglas Crosbie, a 54 year-old Leslieville resident, who died on May 16, 2018, after he was struck by a truck making a right-hand turn at Jones and Dundas avenues.

In November last year, the City of Toronto teamed up with the families of people killed in traffic collisions and created the Art of Distraction, a safety awareness campaign.

The campaign displayed objects worn by those killed in traffic collisions such as a broken helmet, a damaged bicycle, and the personal items returned to a widow the day her husband was fatally struck.

Brown represented Edouard Le Blanc and Erica Stark, two of the lives lost and featured in the campaign.

Le Blanc was killed in October 2014, at the age of 63. He was cycling on the Gatineau corridor multi-use trail and crossing Warden Avenue in Scarborough when a motorist ran a red light, and hit him. Le Blanc died at the scene.

“[The campaign] allows people to see that these are real families affected and a real life that was lost,” Brown said.

In November 2014, Erica Stark, a 42-year-old mother of three, was killed while standing on a Scarborough sidewalk (at Midland Avenue and Gilder Drive) with her dog, Brown said.

A minivan jumped the curb and hit her, killing her. The driver was fined $1,000 fine, given six months of probation and driving restrictions.

“This is not justice,” Brown said.

Passing Bill 62 is crucial for education and bringing the issue to the forefront of the public’s consciousness, Macaraig said.