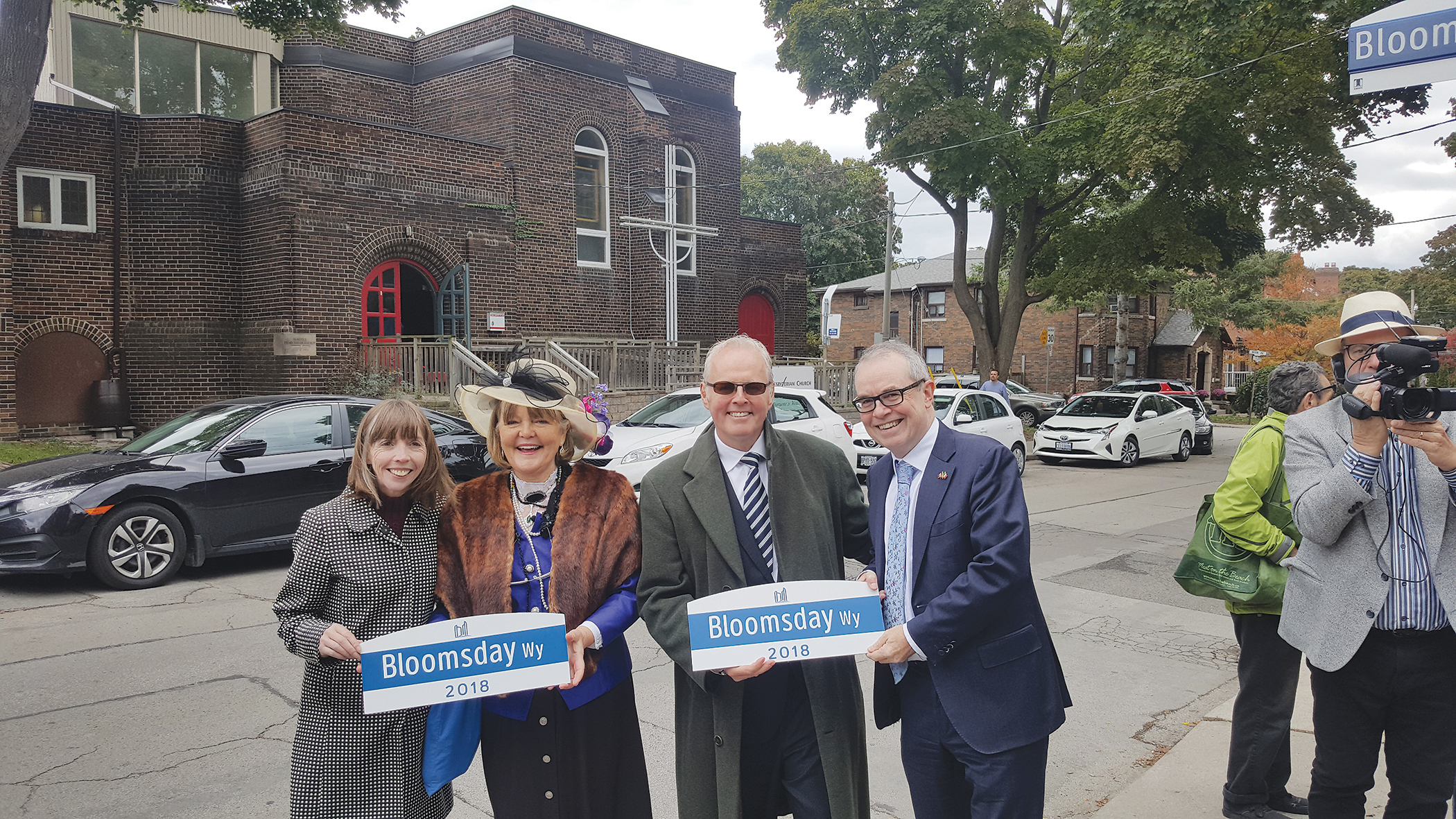 The Irish Ambassador to Canada, Jim Kelly, was on hand for the official unveiling of four newly named local laneways in honour of Bloom on the Beach.

The ceremony was on Saturday, Oct. 13, and recognized the Bloom on the Beach event which has been taking place in the community since 1992.

Bloom on the Beach is part of the worldwide Bloomsday celebrations which take place every June 16 in tribute to Irish author James Joyce and his masterpiece Ulysses.

Those taking part transform their communities into early 20th century Dublin for the day as they honour Leopold Bloom, the protagonist of Ulysses.

Thanks to input from Beaches–East York Councillor Mary-Margaret McMahon, the City of Toronto recently ratified the naming of the four laneways in order to recognize the Bloom on the Beach event.

The laneways are Bloomsday Way, Sandycove Way, Liffey Way and Stephen’s Green Way. They are located in the Leuty Avenue and Glen Manor Drive area, south of Queen Street East.

The newly named laneways run adjacent to the Peggy Delaney Way laneway which was unveiled in 2016.
Delaney was a philanthropist and volunteer who spent her life bettering the lives of others.

Along with Ambassador Kelly, also on hand for the Oct. 13 unveiling were Councillor McMahon, Rory O’Shea (son of Peggy Delaney), and Toronto Bloomsday founder Mary Durkan.