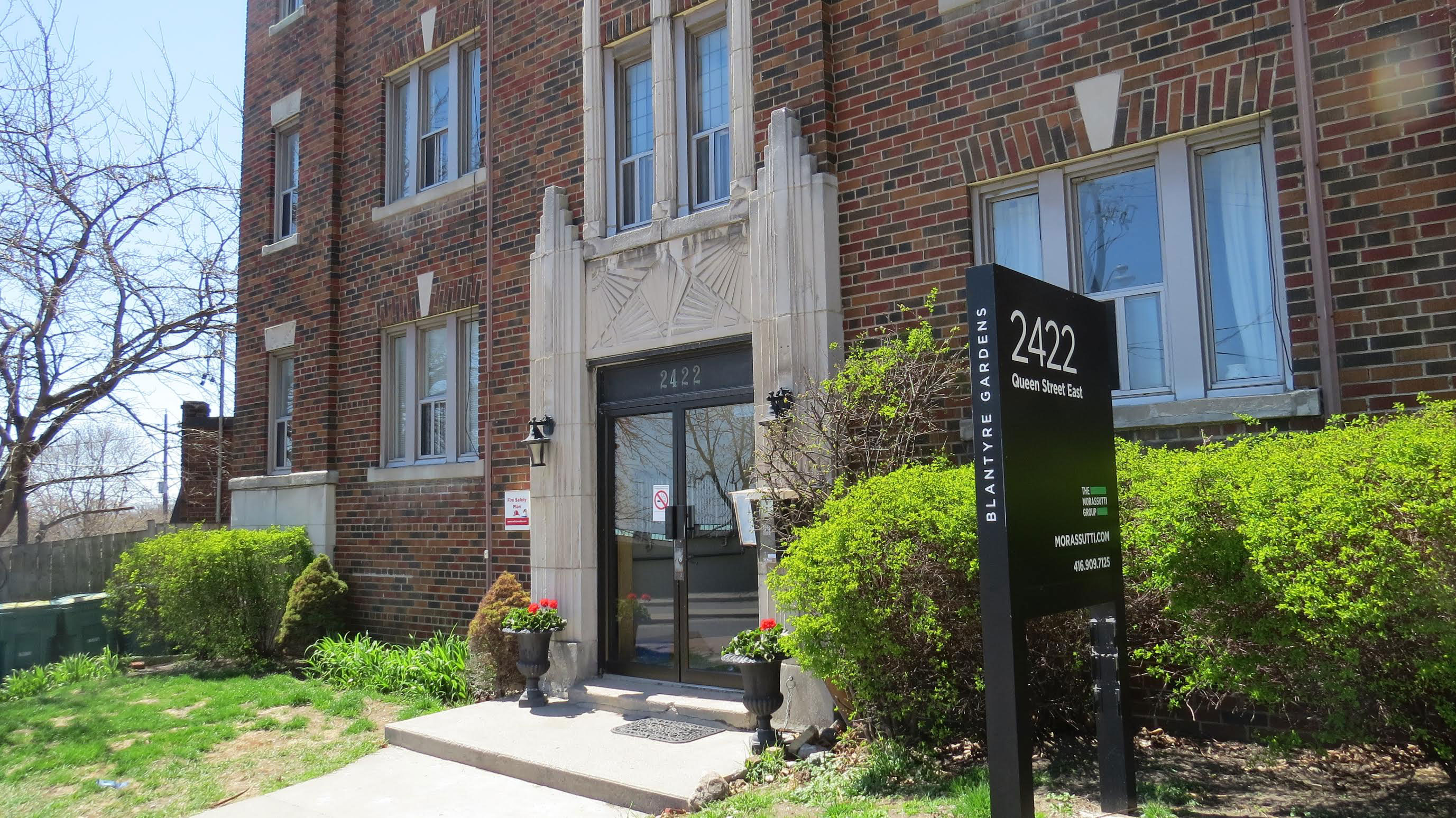 The 28th homicide of the year in Toronto took place at 2422 Queen St. E., pictured above. PHOTO: Susan Legge

Toronto’s 28th homicide of the year has taken place in the Beach.

Toronto police say they answered a call about a stabbing at the apartment building at 2422 Queen St. E. just before 3 a.m. on Sunday, May 6.

When officers arrived at the scene near Queen East and Blantyre Avenue, they found a man suffering from stab wounds in the building’s second-floor hallway. The man died at the scene.

Police have identified the victim as Robert Joseph Walker, 48, of Toronto.

The homicide squad has taken over the investigation and police are asking anyone who may have seen or heard anything related to the stabbing to share information with them.

A police spokesperson suggested a total of 28 homicides is abnormally high for Toronto at this point in the year but noted the April 23 Yonge Street van attack that left 10 dead has inflated the number.

“The reason why it’s so high is because of the Yonge Street incident,” said Toronto Police Service Const. Jen Sidhu.

There were 65 homicides in Toronto in 2017, down from 74 the previous year, according to the TPS website.