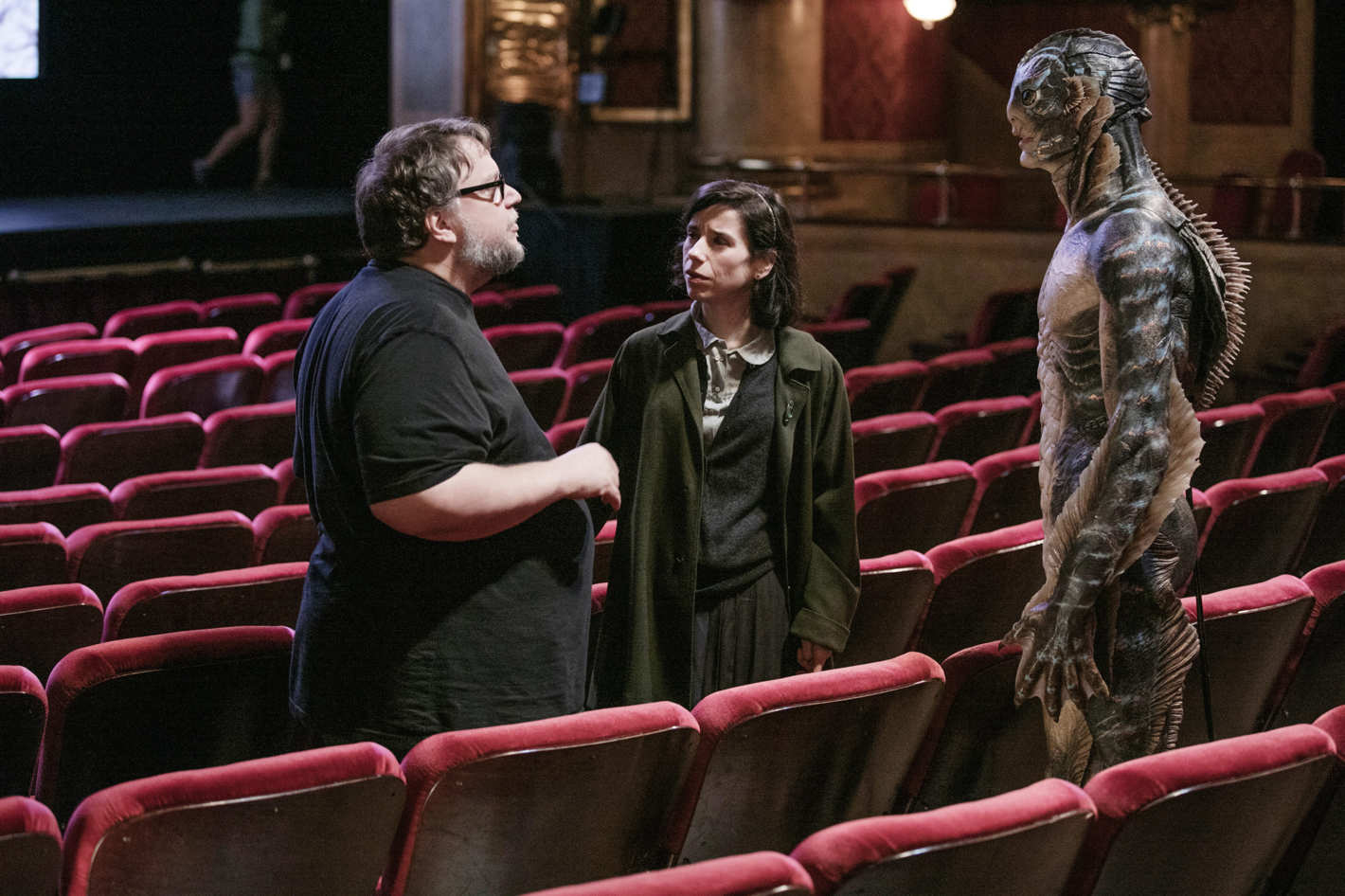 Guillermo del Toro directs Sally Hawkins and Doug Jones at the Elgin Theatre, one of the location for Shape of Water. PHOTO: IMDB

Leslieville resident Guillermo del Toro deserves an Academy Award for making the Don River and Gardiner Expressway look romantic in his enchanting fantasy The Shape of Water, nominated for a lucky 13 Oscars, one short of the all-time record. After capturing the Golden Globe statue, the Mexican filmmaker is a favourite to win the Best Director Oscar on March 4.

Water is everywhere in del Toro’s other-worldly fairy tale, a girl-meets-buoyant sea creature love story. Toronto is magically transformed into a rain-soaked Baltimore at the height of the Cold War in 1962.

A mute cleaner, Elisa (Sally Hawkins), is “a princess without a voice” who lives above an ornate movie palace (really the Elgin Theatre). The exterior of her building is actually Massey Hall with a neon marquee added outside. Key scenes were also filmed at UTSC (Scarborough Campus) and the murky Keating Channel. (Don’t even dream of jumping in!)

Guillermo del Toro first came to Toronto to direct Mimic (1997) with scenes at the R.C. Harris Filtration Plant. He loves working with Toronto crews. He also loves “monsters,” misfits and their kindred spirits. Who are the real monsters? His villains are those that demonize the “others.”

In del Toro’s imaginative world, outsiders have their voices heard. Another film set in 1962 segregated Baltimore has a similar theme of inclusion and tolerance. In the musical Hairspray (2007) teenage Tracy wants to integrate a dance show, “People who are different, their time is coming.” Tracy’s home above The Hardy-Har Hut was filmed on the corner of Eastern Avenue and Carlaw Avenue.

Toronto also briefly doubles for Baltimore in Fly Away Home (1997), the heartwarming story of visionary artist Bill Lishman who died in Port Perry on Dec. 30, 2017. The Lishman family flew ultralight aircraft to teach Canada Geese to migrate south. This beautiful family film was Oscar-nominated for cinematography including a flight over Scarborough. In one spectacular scene the tall towers of Baltimore suddenly appear out of the mist. That’s Toronto — again, with some CGI help.

Every night is a fantasy