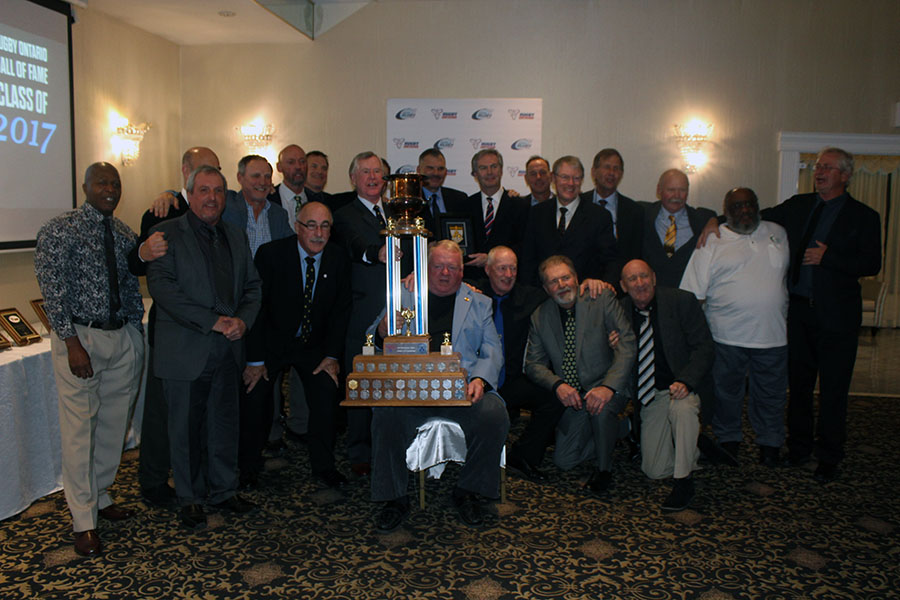 Saturday Nov. 25 saw the Ontario Rugby Union host its annual Hall Of Fame Dinner where the Balmy Beach Club was honoured to have two recipients among those inducted into its ranks.

Kyle Nichols, a longtime Beach resident, was inducted as part of the 2017 Provincial Hall of Famers. Nichols played rugby for Balmy Beach, the Ajax Wanderers, Ontario and represented Canada 27 times. Notably he was named Captain of Canada on several occasions and holds a Canadian record in scoring four tries in an International against Japan.

Also inducted were the Balmy Beach 1’s from the 1980 and 1981 seasons. This team went an incredible 44 wins in a row with no losses or ties to secure two league titles and two Carling Cups – top titles in Ontario Men’s senior rugby. This squad was led by captain Stew MacSween and included such notable Canadian players as Brian Spanton and Fred Forster – all current Beach residents.

Local MPP Arthur Potts provided attractive Provincial Certificates for all of the players involved and Dave Norris of Busters By The Bluffs sponsored engraved mugs. The gala evening was filled with stories and tales of past rugby conquests and will be remembered by all for some time to come and continues to build the lore of Balmy Beach Rugby.

Gerry Allen is chair of the Beach Rugby Alumni Association.