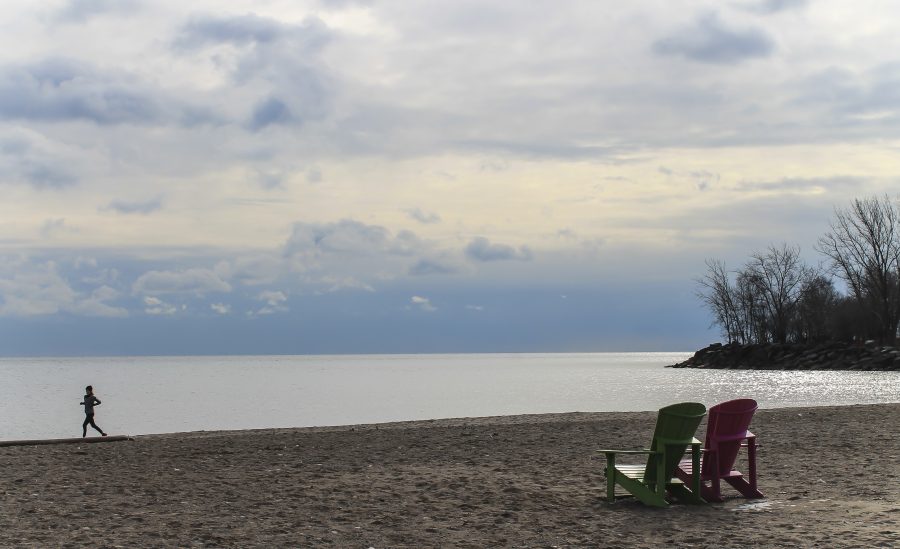 An independent biologist says he knows exactly what killed the approximately 30 ducks and a heron that were found dead near the off-leash dog park at Woodbine Beach on Sunday morning.

“It’s the same thing that’s been happening for 18 years on the Great Lakes—it’s botulism type E,” said Tyler Hoar, who has been surveying avian deaths from west of Kingston to Scarborough for nearly a decade, first for Canada Wildlife Services and currently on his own.

What makes him convinced that this is the illness behind the fallen fowls? “I’ve been collecting dead birds, doing these surveys for nine years now and long-tailed ducks show up in early November, and I find them dead all over the [Great Lakes] beaches,” Hoar explained.

Toronto Animal Services, which was notified of the dead birds after someone called in to report the situation to 311, has sent the birds in for testing in an effort to determine a cause of death.

“The testing takes about two weeks as well, so we really won’t know anything until the results of that are in,” said Mary Lou Leiher, program manager for Toronto Animal Services.

Leiher was not aware of similar occurrences in Toronto. “In my memory I can’t think of a case that’s similar to this one,” she said.

She shared some advice for dog owners who bring their pets to Woodbine Beach.

“We just want to let dog owners know that if they’re in Woodbine Beach Park to make sure that they keep their dog on a leash and closely supervised just until we figure out what’s going on there,” said Leiher.

Long-tailed ducks, like the ones found on the beach yesterday, migrate here from the arctic in early November to spend the winter. The birds contracted botulism from eating zebra mussels or round gobbies, both invasive species endemic to the Black Sea and found in local waters as a result of international shipping, he said. Botulism is a rare illness created by a toxin produced by a bacteria called Clostridium botulinum.

“Basically, everything except for turkey vultures that eats something that has this toxin in it basically dies in North America,” Hoar said. “Turkey vultures think it’s great because they get all this free food.”

Hoar did not visit the Beach this weekend, but he said he has found dead birds in Scarborough’s lakeside East Point Park before.

“It all depends where they feed and which way the wind’s blowing and the lake current,” the researcher added, noting the botulism paralyzes the animals and they drown before washing ashore.

Thousands of dead birds turned up on Wasaga Beach in 2011, Hoar recalled. He suggested there may be more dead birds in the East End. “Who knows what’s further down the [Scarborough] Bluffs that people haven’t really noticed,” he said.