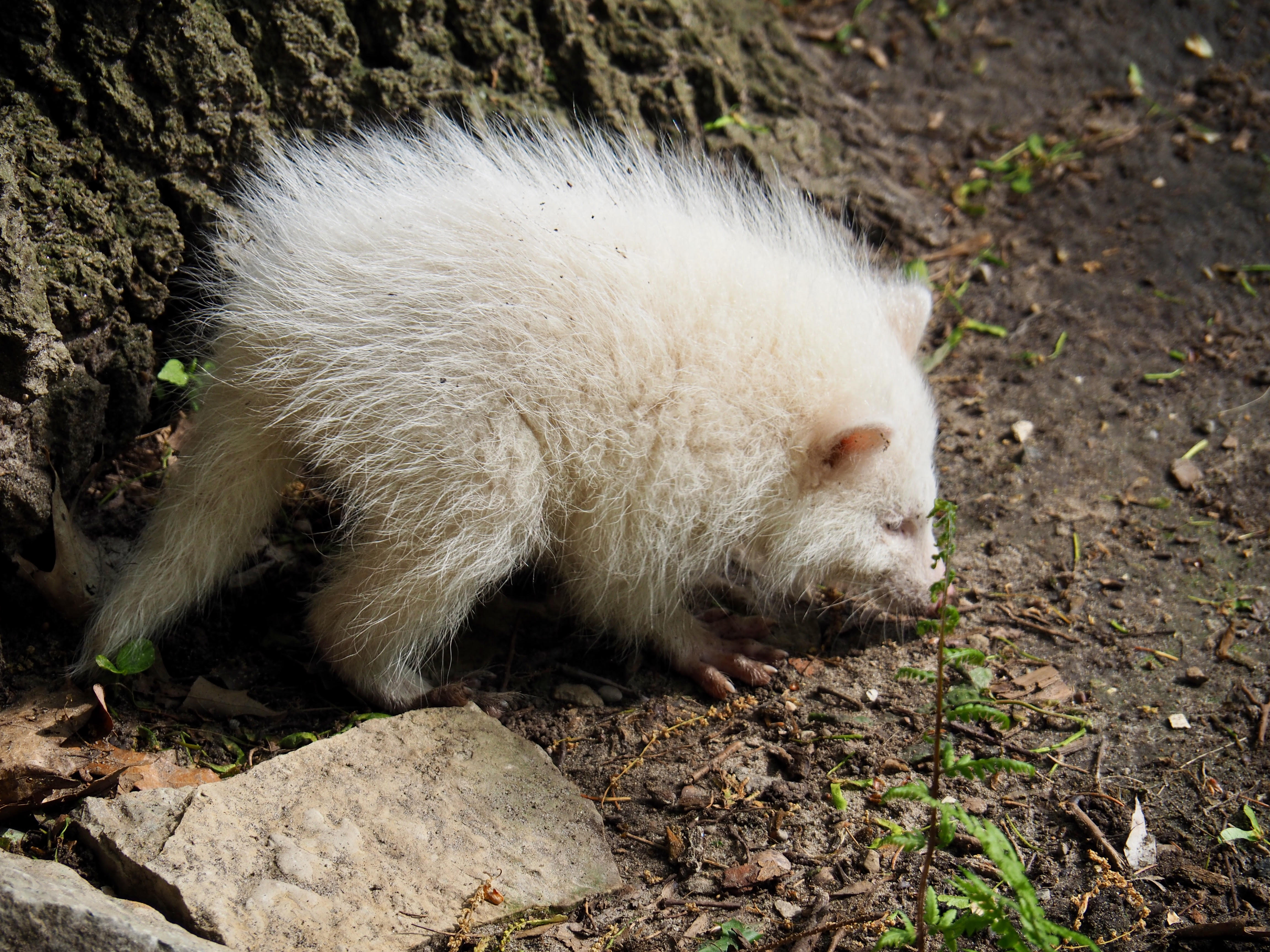 A baby albino raccoon has been spotted -- er, not spotted at all actually -- in the Beach this week. PHOTO: Debbie Tulk

That’s no pigment of your imagination. Beach Metro readers in the Glen Manor Drive area have been sending in pictures of a new little visitor in their backyards.

What appears to be a baby albino raccoon has been spotted in the neighbourhood and it’s as adorable as it is rare. Albinism occurs in one in every 10,000 animal births.

Beach resident Ellen Connelly said she first saw it Monday morning along with its three other siblings – all of which have normal colouring.

Have you seen this little one around?