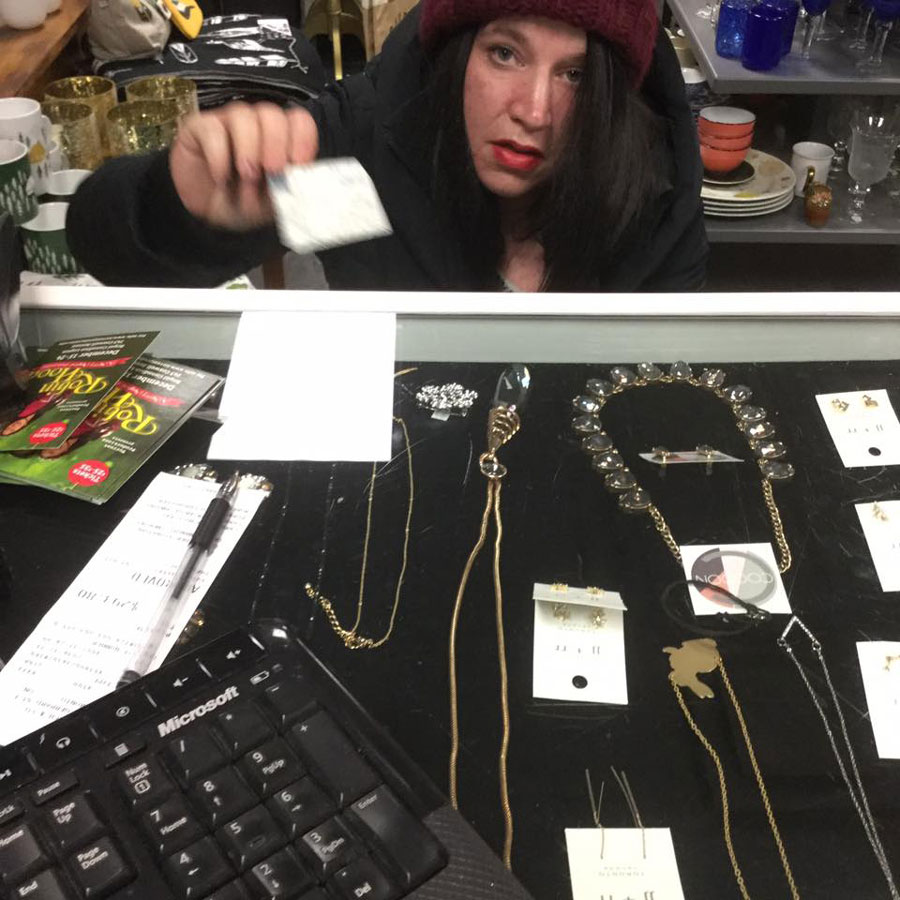 It was shortly before closing when a young woman walked into Birch & Co. on Gerrard Street East.

In every respect, she appeared to be just another customer doing her holiday shopping. But still, store owner Tanya Dercach felt something seemed off and when she came up to the cash register to ring through her items, she quickly learned why.

“She pulled out two cards and sort of mumbled something about, I’ll try this one and if it doesn’t work I’ll try the other one,” said Dercach. “She started to punch in her information and I realized she’s punching in way too many numbers.”

The woman then told Dercach it was asking her to swipe the card instead.

By this point, the alarm bells were going off in Dercach’s head but she continued to process the payment, assessing the situation as it went along.

“I noticed on the receipt it said Visa but there was no name and it was asking for her to sign it. So I said, I’ll need your signature and I.D.,” she said.

Thinking quickly after the woman failed to produce photo identification, Dercach asked if she could take a photo of her to go with the name on the cards she did have with her. The woman obliged and left the store shortly after.

But as soon as she left, Dercach said she knew something wasn’t right. “So I called my P.O.S. [point of sales] company right away,” she explained.

It turned out not only was her hunch right but the scam was even worse than she had anticipated.

The numbers she had punched in allowed the woman to steal not only from the shop, but from the last customer who had used a credit card on the P.O.S. system as well.

The money was refunded to the customer immediately but Birch & Co. is still out $300.

Dercach quickly moved past the money she had lost, growing concerned for the other small businesses in the neighbourhood. “So I put it on blast,” she said, explaining why she had posted it on Facebook. “My main concern was OK, I’m already out $300 and I’m never going to get that back but I don’t want that to happen to someone else. Because she might have hit up other people and they might not even know because of the way the scam works.”

The woman was later apprehended by police at the IC Clear Optical store down the street, she said. Even so, Dercach said she has no idea what kind of damage the woman could have done up to that point.

“When you’re in a small community, you trust the people coming into your store. So I just felt it was my duty to put it out there as quickly as possible and if I’m out $300 then I’m out $300 but if she’s been doing this all day or all month or all year…that could be millions of dollars.”