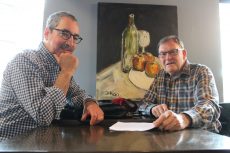 The Ontario Municipal Board (OMB) has long been an issue in Toronto city and development politics, with many residents and politicians calling for a major overhaul of the system they say is unaccountable to the public and built to favour developers. According to Beaches-East York MPP Arthur Potts, that major overhaul is on the way. […]