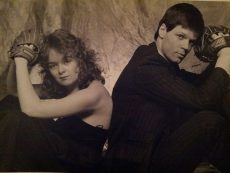 Dynamic duo Suzi Wesson and Doug Balfour have reunited to bring their lively music to the stage again. The pair first met 33 years ago during an audition in which Wesson, who was a budding music theatre actress at the time, performed what she believed to be a “hilarious and sure-fire hit, entitled, ‘Let’s Talk […]