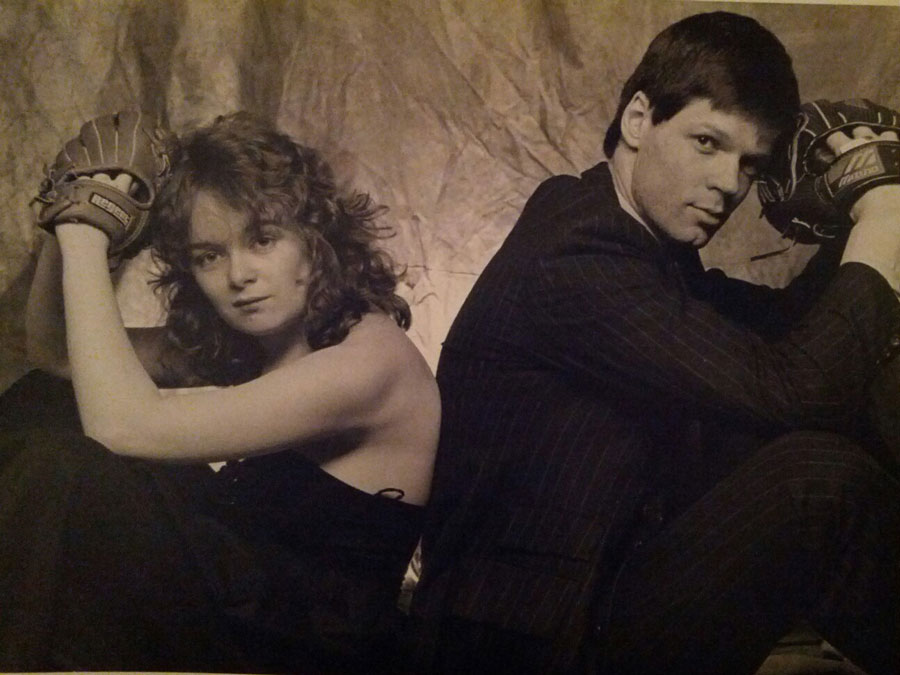 Dynamic duo Suzi Wesson and Doug Balfour have reunited to bring their lively music to the stage again.

The pair first met 33 years ago during an audition in which Wesson, who was a budding music theatre actress at the time, performed what she believed to be a “hilarious and sure-fire hit, entitled, ‘Let’s Talk Dirty to the Animals’,” she said.

Unfortunately for Wesson, someone on the audition panel had brought their four-year-old child, which meant her risque ditty did not go over very well with the panel.

“[They] sat in horrified silence as I warbled through my little ditty, which outlined creative ways to interact with animals, incorporating a number of words-not-allowed-in-polite-society. The only sounds in the room, apart from my singing, were the guffaws coming from the pianist, who was trying, and failing, to stifle his laughter,” said Wesson.

That pianist happened to be Doug Balfour.

Needless to say, she did not win the part. She did however, win Balfour’s heart.

Wesson and Balfour spent the next few years making music together, but after some time they decided to part ways, Balfour moving to the west coast while Wesson stayed in Toronto to act and sing until she eventually left the business to become a mother.

But as fate would have it, the two were reunited when Balfour returned to Toronto and it was as if they had never skipped a beat. Wesson and Balfour instantly rediscovered the connection they once had and having been making beautiful music again ever since.

The pair have a number of accolades to their names – Balfour is an accomplished pianist, composer and accompanist who has directed shows and bands across Canada including Wicked, Phantom of the Opera, Ragtime, and Forever Swing.

Wesson is an actor/singer who has toured with Les Miserables, been on stage with Shevil the Musical at the Toronto Fringe Festival, Oliver!, and The House of Martin Guerre.

Wesson and Balfour will be teaming up with bassist, Bob Hewus on November 7 from 7 to 9 p.m. for an evening of jazz and blues at the Relish Bar & Grill on the Danforth.

You can also catch them at Corks and Platters Wine Bar on November 17 from 7:30 to 9:30 p.m. Both events are free, although Wesson notes that “appreciations are always accepted.”

Always a pleasure to hear Doug play – so joyful an artist. Hoping always to hear of his next gig. At his entertaining peak when performing along side longtime musical foil, the very groovy, and equally gracious Ms.Suzie Wesson.

Please drop me a line should these two appear together in the (905).

Are these 2 still playing together, in Toronto? If so, I would love to go and see them.

At Sunnybrook Veterans Centre, we know and love Doug and Suzi. They’re very entertaining and compassionate.