It is distributed free by volunteers in the Beach(es), East York and West Scarborough and is paid for by our advertisers.

What a flurry of activity there was at the start of 1972 as proponents of starting a local newspaper wrestled with the practical and philosophical details.  They held eight public meetings in January and February at the YMCA at 907 Kingston Rd.
At the first meeting on Jan. 11 only nine people showed up – Helen Hick, Jenny Wittrup, Shirley MacHattie, Bruce Budd, June Carson,  Alderman Reid Scott, Dorothy Thomas (who would later represent Ward 9), Sandi White, and Doug White. Because of the disappointing turn out, it was decided to hold another meeting on Jan. 24 but to publicize it more. Dorothy Thomas offered to write up a flyer, and 1,000 copies were distributed around the ward by those present.
At following meetings the practical aspects were sorted out along with ideological issues. Some of it seems naive  and old fashioned now, yet those earnest enthusiasts laid the foundations of a newspaper that has survived in the perilous world of print publications.
Among those early decisions were:
• The paper would be called Ward 9 Community News and would be non-partisan. A masthead was chosen from five designs submitted.
• An editor to handle the day to day running of the paper would be hired for six months and would report to an editorial board which would set editorial policy and represent the community.  This  board would be composed of eminent members of the community such as ministers, school principals and businessmen, and would change every six months.
Because there was no money to pay staff, the editor and other staff would have to volunteer their services. To ensure the quality of the paper, the editor should have a newspaper background. Pepper Parr offered to take this on.
• The paper would be funded through advertising revenue. A local man with his own advertising business was hired to sell advertising, take a commission and turn over the proceeds within 60 days of publication.
Distribution was to be free to every home and business in the area. Shirley MacHattie offered to organize distribution of the first issue and divided the ward into 30 sections, with the goal of each area eventually having its own leader to organize delivery.
Doug White registered the name of the paper, Ward Nine Community News, with City Hall, and opened a bank account. Because printing costs for the first four-page issue would be $300, local groups would be solicited for funds as the current bank balance was $34.
At the Feb.28 meeting, Norm Houghton, a local book editor and volunteer for several local causes (and who would go on to be one of the paper’s early presidents and great supporters)  dropped a bomb.  After speaking  with staff from 7 News (a paper in the Riverdale area) he now suggested cancelling the first issue, reconsidering  the whole idea, regrouping  and starting  again.

His idea did not receive much sympathy since it was too late to cancel the first issue,. 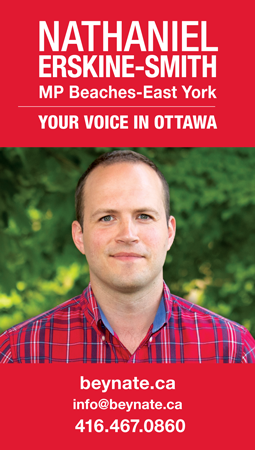 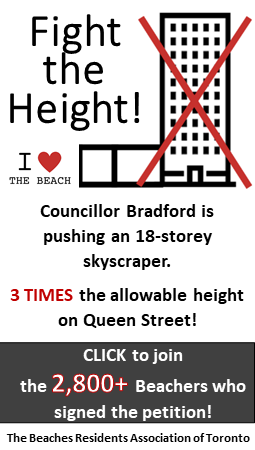 Beach Metro News does not endorse or evaluate the products, associations, services or companies, nor any of the claims made by the advertisement.