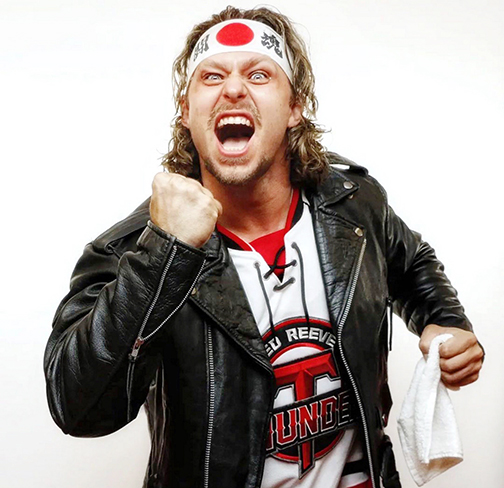 Greektown Wrestling will be returning to the Danforth on Saturday, Dec. 17, at Eastminster United Church at 310 Danforth Ave.

Greektown Wrestling has been entertaining wrestling fans for years, and turned seven in 2022.

At the helm of the operation is one man, Channing Decker, who has been a long time wrestling fanatic.

“I grew up in the 1990s, which was a real big era for wrestling, and I got fixated with it as a boy,” said Decker. “I really felt like that would be the ultimate dream.”

Initially starting out with shows held at Royal Canadian Legion branches with 150 person capacity, Decker has since been able to grow that number to include sold out shows in London and Hamilton in addition to Toronto.

Greektown Wrestling has also reached an international audience as well, being picked up by Fite TV.

This didn’t come overnight; it was a long journey of 30 shows over seven years, said Decker. The path to professional wrestling is a path full of obstacles.

“To become a wrestler, you have to log a lot of miles on the road to get a small opportunity for small money,” said Decker.

“You need a lot of resilience. I mean, it’s been an 11 year journey for me, and I’m a fortunate one!”

Greektown Wrestling was created so that Decker could create his own empire. More than just wrestling, Decker said Greektown Wrestling is his way to give back to the East Toronto community.

“It’s not every day you get a real local kid trying to do something in this world and that’s what this is,” he said.

The Greektown Wrestling event at Eastminster on Dec. 17 begins with VIP meet and greet event at noon, followed by the bouts at 1 p.m.

You can buy tickets to Greektown Wrestling on Eventbrite at https://www.eventbrite.ca/e/greektown-wrestling-returns-to-torontos-greektown-live-on-fite-tv-tickets-471678411827?aff=ebdssbdestsearch