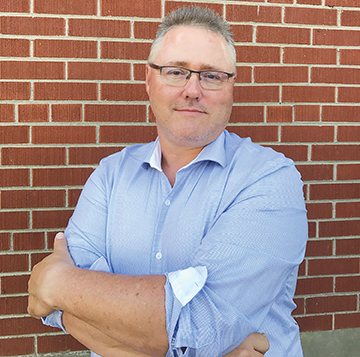 Alan Shackleton is the editor of Beach Metro Community News.

Readers  may remember that back in August I wrote a column saying the Strong Mayor System would be a bad idea for Toronto. Now, as that plan has evolved, it has gone from bad to dangerous.

Any governing body attempting to push through legislation with a less-than majority vote is undemocratic. No way around it.

There is no justification for a Strong Mayor System in Toronto allowing policies to be pushed through City Council with only one-third of support. The ends can never justify the means for this.

Yet, far too many people who should know better are either supporting this idea or permitting it by their silence.

This all stems from the provincial government’s Bill 3 (Strong Mayors, Building Homes Act, 2022)  and Bill 39 (Better Municipal Governance Act, 2022) that was passed on Dec. 9. It gives the mayors of Ottawa and Toronto power to pass motions with only one-third support of council.

Please note Bill 39 was first tabled the day after the municipal elections in Ontario, and apparently is something Mayor John Tory had asked the province for. That was not mentioned during the just completed Toronto election campaign in October.

Some may say that because Tory won the mayor’s job with 342,158 votes (about 62 per cent of the vote), he has the support of the city as a whole to do what he wishes. Only problem with that argument is it is completely wrong.

Tory did not run on a Strong Mayor platform in which voters knew he would be able to pass policies with only one-third support of council. We thought we were voting for a mayor who would need to work with councillors from across the city to find majority support. That’s what we voted for. I did not see the words Dictator — Hopefully Benevolent on the ballot.

So you know, the new mayor of Ottawa and that city’s council have rightly rejected the Strong Mayor powers. Tory has said he will use them responsibly, but that’s just not good enough. We can’t have our city goverment structured this way. Ever.

I would have expected opposition to these powers from pretty much every single member of Toronto Council. Yet that does not appear to be the case. Of the councillors representing the three wards Beach Metro Community News covers, two of them have not strongly and clearly criticized this “one-third” wins system.

I hope Beaches-East York Councillor Brad Bradford and Scarborough Southwest Councillor Gary Crawford will examine their positions and come out strongly against these powers being granted and/or used.

They will have a chance to do so at the Dec. 14 Toronto Council meeting where a report on the legislative changes provided by the Strong Mayor System will be discussed.

The only acceptable outcome of that discussion can be that Mayor Tory and all of Toronto Council unanimously rejects the powers being provided by the province and promises to continue to seek majority approval on all decisions made.

In my opinion, being seen as on the side of this undemocratic system taints anything those who support it may try to do at Toronto Council. Also, any policies passed with only one-third support would be rightly seen as not legitimate and open to all kinds of challenges.

That includes policies that are much needed by the city but have not been able to get the support of the majority of councillors in the past. I repeat what I said earlier about the ends not justifying the means.

An example of this is the courageous and much needed housing and development reforms being brought forward by Councillor Bradford in his new role as chair of Toronto’s Planning and Housing Committee.

His reforms go right at the roadblocks and procedural loopholes that have made building affordable housing and increasing density in neighbourhoods across the city so difficult in the past.

Bradford should rightly be commended for this plan. Our city needs it. I would hope the majority of councillors would support it. They should. Those reforms will also be discussed at the Dec. 14 Toronto Council meeting.

But if the only way it gets approved is by the one-third (or less than majority) vote needed under the Strong Mayor System then it will have to be considered a failure.

No motions in the city should be being brought forward with the understanding that the Strong Mayor powers will be used to push them through. As a matter of principle, I would expect every councillor to vote against any motions brought forward in that way.

That’s what I mean by such decisions being tainted. The discussion won’t be about what the motions are trying to achieve. That will be irrelevant. The discussion will be that they were made in an undemocratic fashion. While such policies may be legal under the Strong Mayor System, they will have no moral authority.

The whole thing is a pointless and offensive mess that Mayor Tory and Toronto Council should just kick of bounds on Wednesday. They can then get on with doing the important work residents want them to do while respecting our democratic principles and traditions.