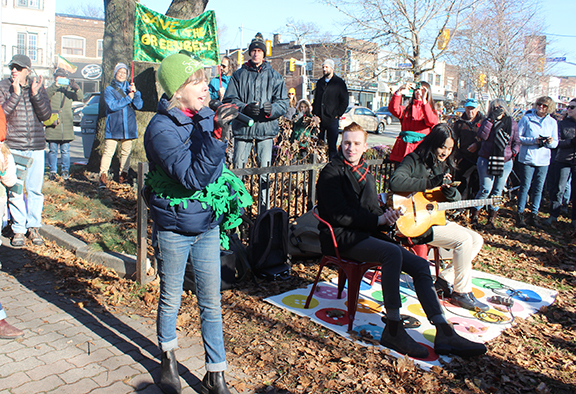 The legislation (More Homes Built Faster Act), which aims to build 1.5 million homes in Ontario over the next decade, was met with much criticism due to what was called its environmental negligence.

“I was really hopeful that they would take to some of my amendments – at least the Green Standards amendment,” said McMahon of the bill which passed on Monday, Nov. 28.

McMahon’s disappointments stem from her belief that the bill getting passed, as it stands, will make achieving net zero emissions by 2040 a difficult task for Toronto.

Ontario’s Progressive Conservatives voted unanimously in favor of the bill while the opposition parties of the NDP, Liberals and Green Party voted against it.

Along with the decline in environmental standards by the freezing of Conservation Authority fees thus handicapping their ability to review environmental impacts of new developments, Bill 23 also puts a dent in Ontario’s annual budget, said McMahon.

In order to accelerate the goal of 1.5 million new homes, Ontario’s government has also waived some development fees which leaves a $230 million hole in this year’s budget for the City of Toronto alone. This decision could, in turn, induce higher property taxes for residents, McMahon said.

“We’re all supportive of building housing and cutting through the red tape that needs to be cut through. But not destroying entities that protect residents or the environment,” she said.

McMahon said more than half of Torontonians rent, and that emphasizes the need for affordable housing. However, “that’s not what this is going to build” she said of Bill 23.

“Quite frankly it seems to be geared towards single-family detached homes with white picket fences in the wetlands – in the Greenbelt. So we’re all shaking our heads,” said McMahon.

Although Bill 23 is open to any developer to capitalize on, many have taken issue with the fact that development in the Greenbelt appeared reserved for a small group of builders.

Prior to Bill 23’s announcement, buying land on the Greenbelt seemed unwise for developers whose primary goal usually revolves around profit. This is because they were prohibited from building on that land so purchasing acres on the Greenbelt would seem an odd decision. However, some developers paid as much as $80 million for about 700 acres of the protected land.

Ontarians now question if it is a coincidence that just a few weeks later, the Ontario government revealed plans to add those particular areas to the list of lands it planned on removing from the Greenbelt.

It has been reported that eight out of 15 areas that will be removed from the Greenbelt were purchased in the past four years –since the 2018 election of the Progressive Conservative government in Ontario.

According to the Ontario government, construction on land removed from the Greenbelt is expected to begin no later than 2025 and any delay will result in the property being returned to the Greenbelt.

The government is now currently in a consultation period, which ends on Dec. 4, to remove 7,400 acres from the Greenbelt. However, the province has also pledged to add an additional 9,400 acres to the protected lands in the Greenbelt. These added lands include a portion of the Paris Galt Moraine and a number of urban river valleys in the Golden Horseshoe area.