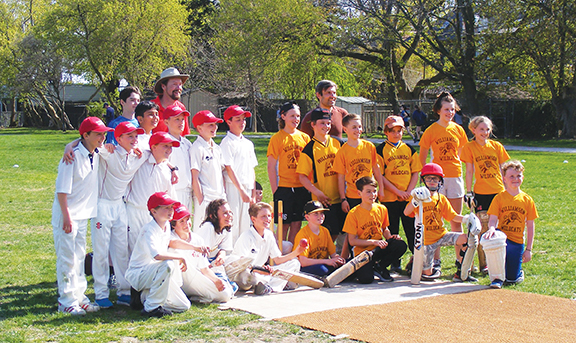 The match was held last month to introduce both players and local sports fans to the game, said organizer Tim Stone of Cosburn Middle School.

The contest was more about having fun and learning about the game than the final score, but for the record Cosburn prevailed 58-40 on the strength of “good team bowling and fielding.” Top scorer in the match was Cosburn’s Jack McLaren with 23 runs.

The players from both schools “loved it so much they want to play again,” said Stone.

After playing the first game, the two schools the competition to a three-match series.

In the third game, Cosburn’s Greyson Mowat was top scorer with a remarkable 53 runs.

With the success of this cricket showcase, it is hoped more East Toronto elementary schools will take up the sport next season.