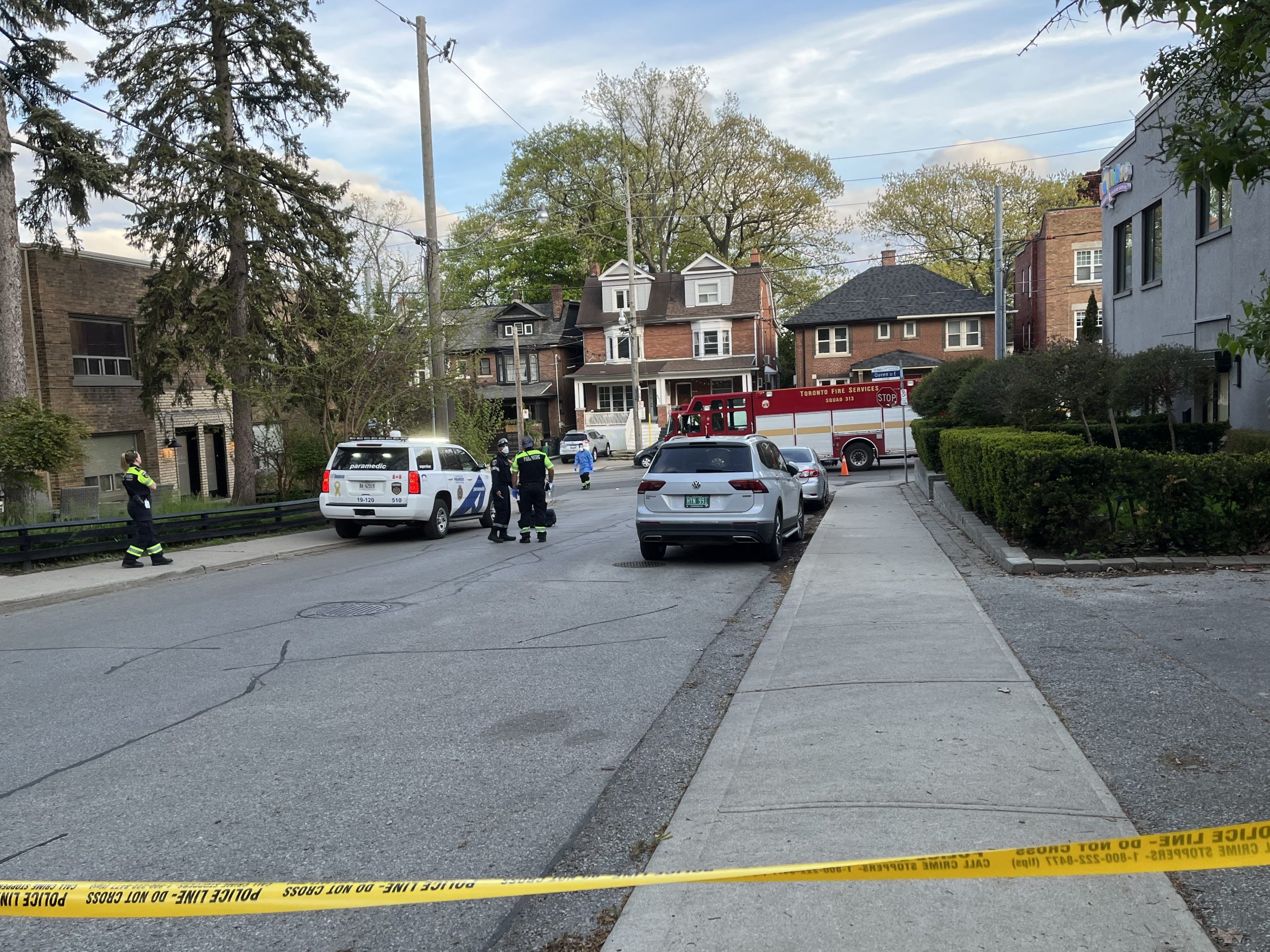 Toronto Police Service said the 68-year-old man who died Sunday evening was the only occupant of a Ford F150 pick-up truck that lost control for unknown reasons at the intersection of Kingswood Road and Queen Street East. The incident caused a gas leak that was quickly capped by Enbridge Gas with the help of Toronto Fire. Photo: Susan Legge

Toronto Police Service updated its investigation of an unfortunate traffic fatality that happened on Sunday evening at 7:11 p.m. at Queen Street East at Kingwood Road.

It is reported that:

Police are asking residents, business and drivers who may have security or dash camera footage of the area or incident, to contact investigators. The investigation is ongoing by members of Traffic Services. Anyone with information is asked to contact police at 416-808-1900, Crime Stoppers anonymously at 416-222-TIPS (8477), or at www.222tips.com.