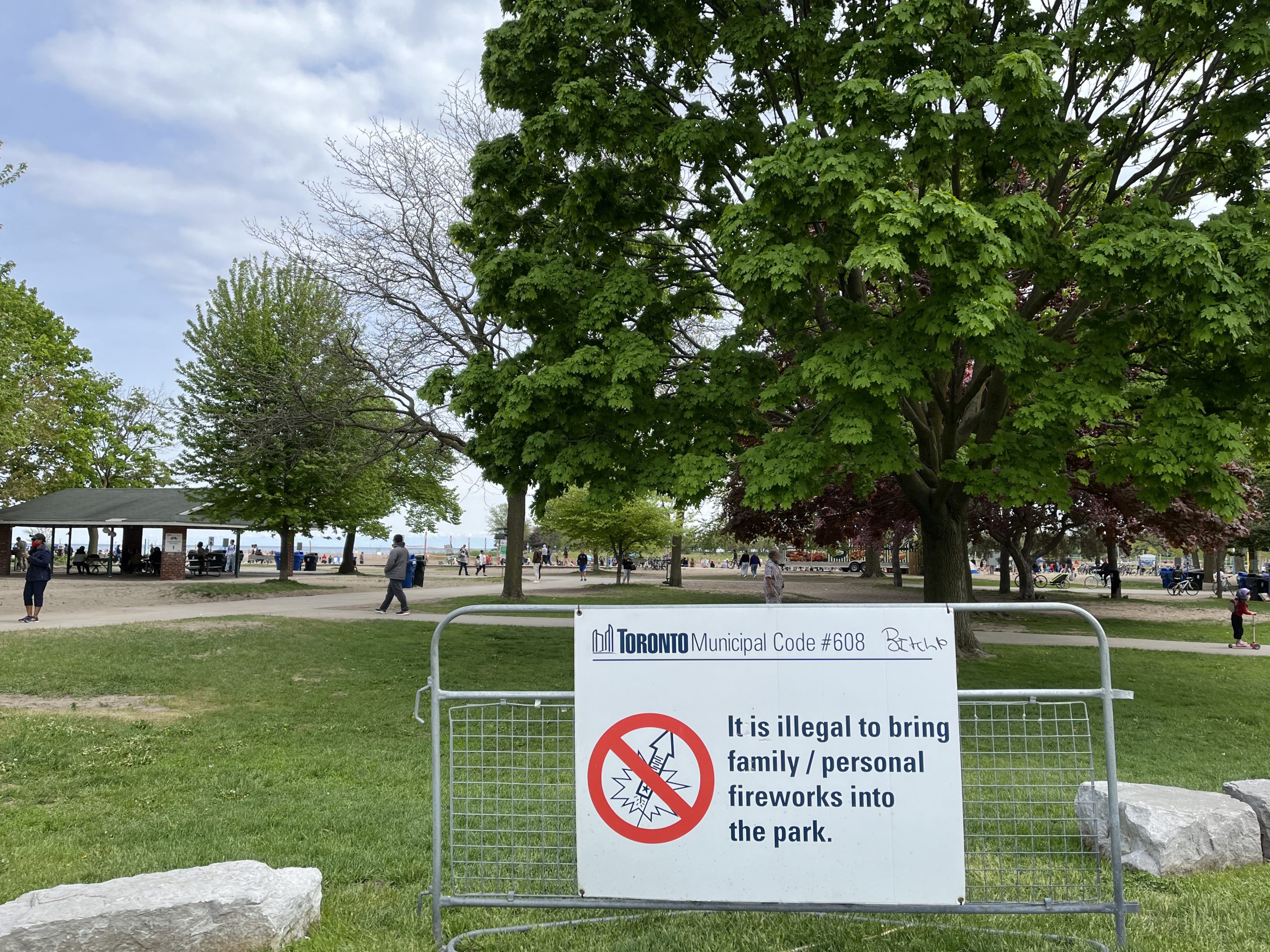 On Sunday, May 22, over the course of several hours, there were multiple incidents including a shooting, a stabbing, and two reported robberies at gunpoint, said Toronto Police Duty Inspector Jeff Bassingthwaite who provided a statement to media this afternoon at Toronto Police Service (TPS) headquarters.

TPS reported on Twitter around 10 p.m. that officers had located a man at Woodbine Beach Park with a gunshot wound who was taken to hospital with serious injuries. The same Twitter account reported at 12:18 a.m. Monday morning that a man walked into a hospital with a gunshot wound who was also confirmed “shot earlier at Woodbine Beach Park,” possibly during the same incident. Shortly after 11 p.m., police reported a stabbing in which another man was taken to hospital with minor injuries.

Approximately 17 arrests were made, and that number is subject to change with expected charges to be added including for assaulting a police officer, said Bassingthwaite. A news release will be issued later today on the criminal charges.

“We allege that some individuals were intentionally directing fireworks at people, including at police officers,” he said.

Numerous injuries were reported, including of seven police officers. Some of the officers’ injuries are serious in nature and include:

This afternoon Beach Metro Community News asked police who were cordoning off the east parking lot at the Ashbridges Bay parking lot if a police command centre would be set up tonight in the area, but details were not known at that time. City bylaws prohibit possession of fireworks on beaches and parks and any individual found in possession of them is subject to charges and search and seizure by the appropriate law enforcement including city bylaw officers or Toronto Police,

Anyone who engages in activity that risks public safety, can expect to be arrested, said Bassingthwaite.

A number of police resources will be in the area tonight. Mayor John Tory’s posted a statement on Twitter shortly after the TPS media event calling the incidents “hooliganism.” Tory said that Chief Ramer has assured him that Toronto Police “will have a large and visible dedicated policing operation in place for the planned Victoria Day fireworks this evening.”