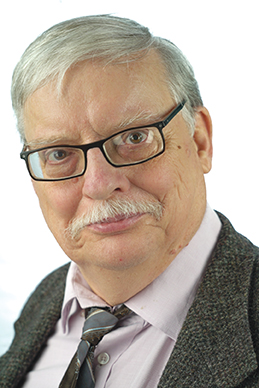 Stephen Roney is the New Blue Party candidate for Beaches-East York in the June 2 provincial election.

I did not want to run for public office. Although retired as a college instructor, I’m busy managing my own online academy. I wish I could spend time with my family. But these are not ordinary times. In such times one has a civic duty. I run because no one else was running for New Blue here in Beaches-East York. If I did not run, there was no one to vote for.

I have lived in Toronto on and off since 1982, but also in other countries: the Philippines, Korea, Saudi Arabia—in Wuhan China back in 1992. This has given me perspective on what we have here in Ontario, and what we could lose.

I am a past president of the Editors’ Association of Canada, past director of the Book and Periodical Council of Canada, and advised on the establishment of the Canadian Centre for Studies in Publishing.

More importantly, I have two kids, Francis and Maryanne. They and their mother have been trapped in the Philippines by the pandemic and the mandates for three years. I am missing their adolescence, and they are missing their studies.

I run for them and for their future. And for all our children.

The most pressing issue is our schools. We must get Critical Theory out, and keep it out. New Blue has been the leader in alerting us to this issue. Every other party endorsed Bill 67 on second reading, and Bill 67 would mandate Critical Theory in our schools and colleges at every level.

Critical theory makes three claims: that race is essential to a person’s identity; that there is no objective truth; and that all social relations are about power. Believing that race is the core of one’s identity is racism. Believing there is no objective truth is insanity. Believing that all social interactions are about power ends in a war of all against all to the last person standing—who will be the most ruthless and most powerful.

If there is no truth, the only way to deal with someone who disagrees with you is to silence them.

Aside from destroying civil society, Critical Theory makes education itself meaningless. If you believe there is no objective truth, there is nothing to teach, and nothing to learn. Everyone just makes up whatever they want to believe, and tries to impose it on others. Or on students.

Public transit has to be a monopoly, and any monopoly is open to abuse by special interests. This is why we need to avoid monopolies. But here we cannot. I do not see an obviously better way to structure Metrolinx to avoid this eternal problem.

This is why a free press comes in. It serves as a check against monopolies: exposing malfeasance or insensitivity to local interests. We all count on Beach Metro News for this, and thank you for it.

Knowing of the issues, we can then pressure our elected representatives.

For this reason, it is essential that the media not be beholden to government. New Blue would tax back special subsidies given to designated media by government. Not because we are hostile to the press. I say this as a Ryerson Journalism grad. It is because we believe in the press, and want to preserve its integrity. And ensure the best for all of us.