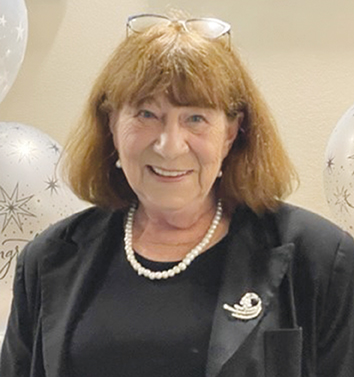 Angela Kennedy is the Progressive Conservative candidate for Beaches-East York, in the June 2 provincial election.

I have deep and cherished roots in Beaches-East York. I grew up at Dundas and Kingston Road, attended Corpus Christi and Notre Dame Schools, played tennis at Kew Gardens as a teenager and skated at the Glen Manor Park on Saturday nights. As a young child, we went to the beach every day and swam in the lake.

When I became a nurse, it was natural for me to seek employment at Toronto East General now Michael Garron Hospital. Being a nurse has afforded me so many opportunities to improve my knowledge and diversify my experiences.

My experience as hospital union president started me off on a path of advocacy that has led to my political aspirations and desire to do more to help others. With a multidisciplinary team of health care professionals, we designed and developed a program called DECNET – now used by the province as the diabetes education program for people with type 2 diabetes.

I am proud to be running as a PC candidate for a party that has done so much over the past four years.

As your MPP, I’ll be focused on ensuring our community’s needs are a top priority, including supporting businesses in staying open so they can get back to stimulating the economy, creating jobs and ensuring their livelihoods are protected.

I also want to help make the dream of ownership a possibility for more Ontarians by building more homes. Our plan to get it done helped over 100,000 new homes start construction last year, including more than 13,000 new purpose-built rentals. This is the highest rate of new construction in more than 30 years. As real estate prices reach record highs, Doug Ford and our PC team know the solution is to build homes, which is why we have a plan to build 1.5 million new homes over the next 10 years.

I will listen to the voices of the great people who live in Beaches-East York and work tirelessly to help realize the fullest potential of our community. I am excited to be a part of the PC Government led by Doug Ford that will Get It Done.

With the growing population of the city, transit expansion is vital to help get residents where they need to go faster while alleviating gridlock on our roads.

The PCs are leading the charge on the largest subway expansion in Ontario history with the Ontario Line, the three-stop Scarborough Subway Expansion and the Eglinton Crosstown Extension and the Yonge North Subway Extension.