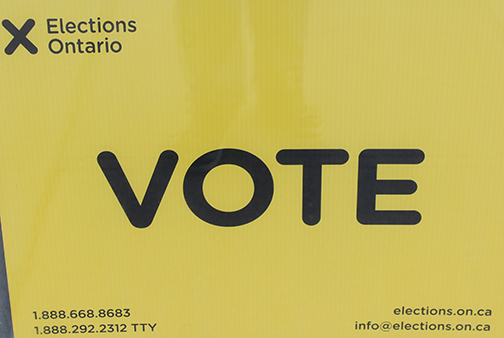 The final list of candidates registered with Elections Ontario for the June 2 provincial election in the ridings of Beaches-East York, Scarborough Southwest and Toronto-Danforth is in the story below.

Here is the final list of candidates for the June 2 provincial election who are running in ridings covered by Beach Metro Community News.

The deadline for candidates to register to run with Elections Ontario was 2 p.m. on May 12.

Please note that there is not an incumbent candidate in Beaches-East York as Rima Berns-McGown, who held the seat for the NDP for the last four years, is not running in this election.

Joe Ring – None of the Above Party

James McNair – None of the Above Party

Christopher Brophy – None of the Above Party