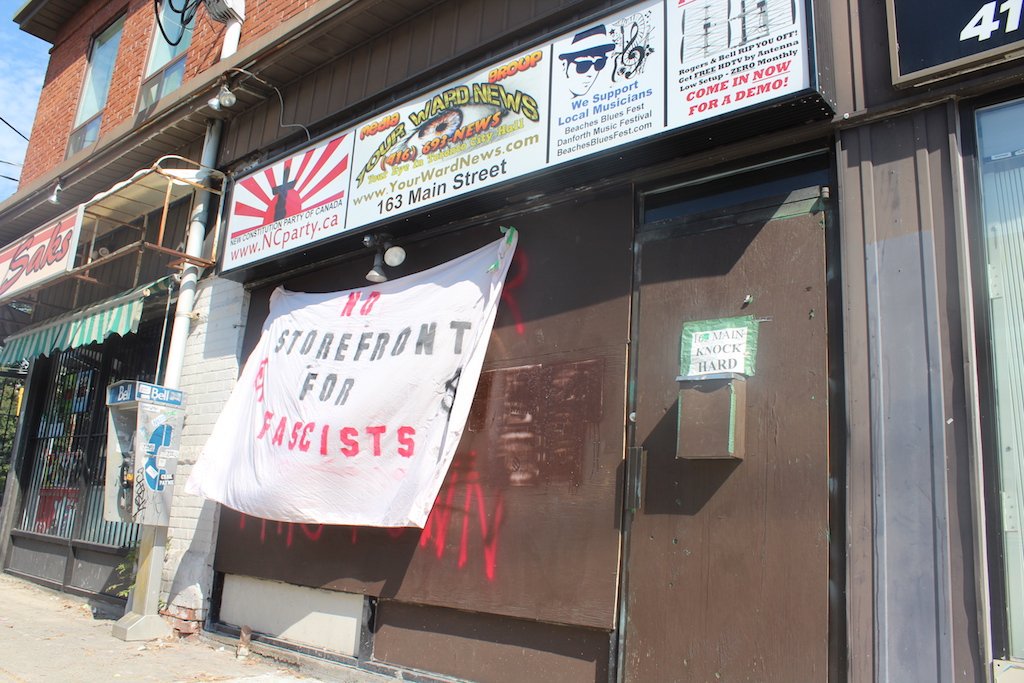 Toronto police took James Sears into custody on Feb. 3 in connection with an alleged breach of his parole conditions regarding hate speech and the spreading of hatred in the Your Ward News newspaper that once had offices on Main Street.

The former editor of a newspaper that promoted hate speech is back in jail after allegedly violating the terms of his parole earlier this month.

James Sears, the former editor of Your Ward News which was located in East Toronto, was taken into custody by Toronto police on Feb. 3 for breach of parole. According to police, the breach was due to hate speech.

Sears, 57, had been convicted in early 2019 on two charges of promoting hatred and was eventually sentenced to one year in jail. The charges were related to items that appeared in the Your Ward News newspaper which once had an office on Main Street.

The charges related specifically to items in the paper spreading hatred towards women and Jews.

LeRoy St. Germaine, publisher of Your Ward News, was also convicted of those charges in January of 2019.

In a statement on its website, B’nai Brith Canada said it became aware of comments Sears had made at an event in November of 2021 in which he allegedly called for the public execution of Canada’s Chief Medical Officer of Health and made reference to Hitler.

Sears had only served four months of his one-year sentence when he was released on parole with conditions regarding hate speech and spreading hatred.

“We were highly concerned about Sears’ early release on parole when we saw no evidence of rehabilitation or any remorse on his part,” said Michael Mostyn, Chief Executive Officer of B’nai Brith Canada in a Feb. 22 statement.

“It therefore comes as no surprise that he is alleged to have breached the terms of his parole and was reincarcerated. Sears should have served out his full sentence if we really mean to promote the objectives of sentencing, which in this case is deterring horrific hate speech.”