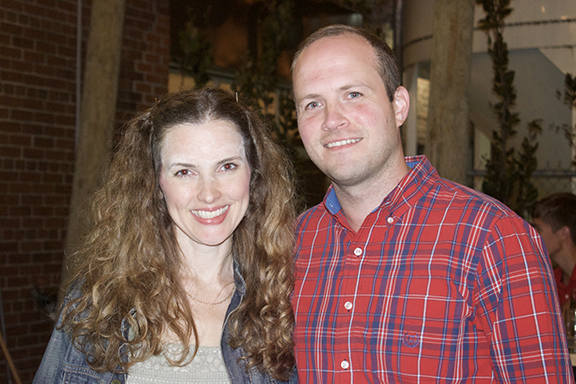 With more than 96 of 172 polls in the riding reporting early on Tuesday morning, Erskine-Smith had a strong lead with 52.6 per cent of the vote.

“I’m very thankful for all the support we’ve received over the last six years and in the course of this election. It means a lot and I’m looking forward to getting back to work,” Erskine-Smith said in an interview with Beach Metro News late on Election Night (Sept. 20).

The NDP’s Alejandra Ruiz Vargas was in second with 23.5 per cent of the vote.

In third was Lisa Robinson with 16 per cent of the vote.

In fourth was Radu Rautescu of the People’s Party of Canada with 4.1 per cent of the vote.

In fifth was Green Party candidate Reuben DeBoer with 3 per cent of the vote.

Rounding out the candidates vote percentages results were independent Karen Lee Wilde with 0.4 per cent; Jennifer Moxon of the Communist Party with 0.3 per cent; and Philip Fernandez of the Marxist-Leninist Party.

Erskine-Smith was first elected as the Liberal MP for Beaches-East York in 2015, after capturing the riding from former NDP MP Matthew Kellway. In the 2019 federal election, Erskine-Smith was re-elected in a landslide victory and won more 57 per cent of the total votes cast in the riding.

Many Canadians have voiced their displeasure and frustration with Prime Minister Justin Trudeau’s decision to call a snap election. Erskine-Smith said he’s “heard the feedback loud and clear” that many Canadians and constituents were frustrated with the election call.

“Parliament was incredibly dysfunctional between January and June and we do need Parliament to work,” said Erskine-Smith.

“So, whether its a minority parliament or a majority parliament, we need to get back to working across party lines and bringing a cooperative approach to parliament, and getting things done on behalf of Canadians.”

Nationally, the Liberals will be forming their second minority government.

Erskine-Smith said that he will continue his approach, push his government to be more ambitious, and hold the government accountable where necessary.

“I couldn’t do this without the support across the community, without the support of our incredible team. There are so many things that we’ve accomplished over these last six years that are incredibly important. But I think looking ahead, we really need to get back to work and continue to deliver for Canadians.”

Votes including those mailed in will still be counted as special ballots and processed over the coming days.