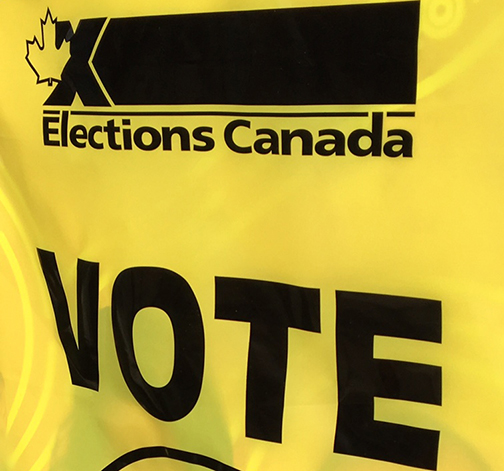 A federal election has been called for Monday, Sept. 20. Here is the information Beach Metro News has (so far) on candidates running in the ridings of Beaches-East York, Scarborough Southwest and Toronto-Danforth.

Canadians will be going to the polls to cast their votes on Sept. 20. after a federal election was called last week.

Beach Metro News will be covering the races in the ridings of Beaches-East York, Scarborough Southwest and Toronto-Danforth.

Candidates running in this federal election have until 21 days before Sept. 20 to officially register. That puts the registration deadline at 5 p.m. on Aug. 31 for this election.

In Beaches-East York, Liberal incumbent Nathaniel Erskine-Smith is seeking to be elected as the riding’s representative for the third time. He was first elected in 2015 and then re-elected in 2019.

Erskine-Smith currently sits on the Standing Committee on Industry, Science and Technology, and is a past president and current member of the Canadian Group of the Inter-Parliamentary Union (UIPU).

Running for the NDP in Beaches-East York will be Alejandra Ruiz Vargas.

Ruiz Vargas has been involved with the Association of Community Organizations for Reform Now (ACORN) Canada since 2015. Vargas is the Chair of the East York Chapter and the National Leadership Representative. She is an advocate for affordable housing, tenant rights, and state of good repair issues.

The Green Party candidate in Beaches-East York is Reuben DeBoer.

The former Eglinton-Lawrence candidate for the Green Party in the last federal and provincial elections, De Boer has recently moved to the Beaches-East York riding. He recently retired after an 11-year military career as a reservist artillery officer, and currently, he works as project manager for a medical laboratory diagnostics company.

The Conservative Party candidate for Beaches-East York is Lisa Robinson.

The candidate for the People’s Party of Canada in Beaches-East York is Radu Rautescu.

The Communist Party of Canada candidate in Beaches-East York is Jennifer Moxon.

The Marxist-Leninist Party of Canada candidate is Phillip Fernandez.

Running as an independent candidate in Beaches-East York is Karen Lee Wilde.

In the riding of Scarborough Southwest, Liberal incumbent Bill Blair is seeking to be elected for the third time.

Blair was first elected in the riding in 2015 and re-elected in 2019. He is the Minister of Public Safety and Emergency Preparedness, and the former Chief of the Toronto Police Service from 2005 to 2015.

Running in Scarborough Southwest for the NDP is Guled Arale.

He is the NDP’s Regional Representative of Metro Toronto, and has lived in the riding for most of his life.

The Conservative Party candidate in Scarborough Southwest is Mohsin Bhuiyan.

The Green Party candidate in Scarborough Southwest is Amanda Cain.

The People’s Party of Canada candidate for Scarborough Southwest is Ramona Pache.

Running as an independent candidate in Scarborough Southwest is David Edward-Ooi Poon.

In the riding of Toronto-Danforth, Liberal incumbent Julie Dabrusin will seeking to be elected for the third time.

A long-time Toronto-Danforth resident, Dabrusin was first elected as MP in 2015 and again in 2019.

The NDP candidate for Toronto-Danforth is Clare Hacksel.

The Conservative Party candidate for Toronto-Danforth is Michael Carey.

The Green Party candidate for Toronto-Danforth is Maryem Tollar.

The People’s Party of Canada candidate for Toronto-Danforth is Wayne Simmons.

Candidates running in this federal election have until 21 days before Sept. 20 to officially register. That puts the registration deadline at 5 p.m. on Aug. 31 for this election.

If you’re not registered to vote, you can register before election day by using the Online Voter Registration System at https://ereg.elections.ca/CWelcome.aspx?lang=e or at an Elections Canada office by Tuesday, Sept. 14, at 6 p.m.

You can also register when you go to vote at your assigned polling station on election day, or on advance polling days.

There are four ways to vote this election, and you can choose whichever way works best for you.

You can also vote at any Elections Canada office before Tuesday, Sept. 14 at 6 p.m.

Because of COVID-19, voters can choose to cast their ballot by mail, considered a special ballot. If you want to send in your vote by mail, you must apply online before Tuesday, Sept, 14 at 6 p.m.

If you apply to vote by special ballot, note that you can’t change your mind and vote using a different option later.

For more information on your voting options, please visit the Elections Canada website at https://www.elections.ca/home.aspx

Please note local returning office are now in the process of opening and more info on their locations and how to contact them directly should be available later this week.

Beach Metro News will be doing its part to keep local voters informed during this federal election campaign. Please check our website at https://beachmetro.com in early September for a final list of candidates.

Also check our website and our print edition of Sept. 7 for ongoing election information including the dates of any online debates slated for local ridings.

EDITOR’S NOTE: This story has been updated since it was originally published to add the names of more candidates that we have been made aware of.