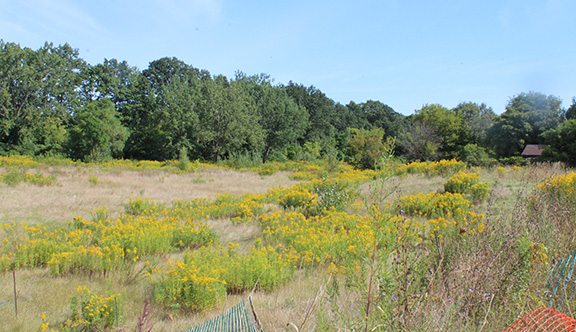 Scarborough Community Council will hear from residents about the development plans for the city-owned portion of the Quarry Lands during a public meeting set for June 25.

A public meeting is set for the morning of Friday, June 25, to discuss development plans for the Quarry Lands in southwest Scarborough.

The meeting, which will be held by video conference and streamed online starting at 9:30 a.m., will allow members of Scarborough Community Council to receive public input on the plans for the 19-acre site located northeast of Victoria Park Avenue and Gerrard Street East.

The plan for the Quarry Lands is made up of five development blocks which will include a mix of mid-rise apartments and townhouses creating 1,052 new residential units in the area. The plan also includes two new roads and a public park of approximately 2.4 hectares.

As the plan stands now, there is also consideration being given to replacing one of the proposed mid-rise apartment buildings with a site for an elementary school instead. If this happens, the number of residential units in the plan will decrease as will the size of the public park.

The Quarry Lands have been the subject of numerous studies, meetings, consultations and development plans over the years.

In September of 2019, a comprehensive plan for the portion of the lands owned by the City of Toronto was revealed to area residents. That plan is being put forward by developers DiamondCorp and Kilmer Brownfield.

The development of the city-owned land is being driven by CreateTO which is the agency tasked to manage the city’s real estate holdings and lands.

Property on the Quarry Lands is owned by both by the City of Toronto and private developer The Conservatory Group.

Only the land owned by the city is part of the proposal by Diamond and Kilmer Brownfield. There is presently no development proposal by The Conservatory Group for their land at the eastern end of the site.

The city-owned portion of land is east of Victoria Park Avenue, running approximately between Gerrard Street East to the south and the railway line to north. The city’s section of land then runs east to approximately being even with Tilburn Place which deadends at Gerrard on the south side. The Conservatory Group’s land continues east between the railway tracks and Gerrard and then a portion of Clonmore Drive.

Scarborough Southwest Councillor Gary Crawford has called the site the “most complicated piece of land development in the east end.”

Those wishing to speak at the June 25 public meeting being held by Scarborough Community Council are asked to register no later than noon on June 24 by sending an email to scc@toronto.ca

Those wishing to watch the livestream of the meeting can do so by logging on to www.youtube.com/TorontoCityCouncilLive on the morning of June 25.

For more detailed information on the proposal for the city-owned portion of the Quarry Lands, please go to http://app.toronto.ca/AIC/index.do#detail0