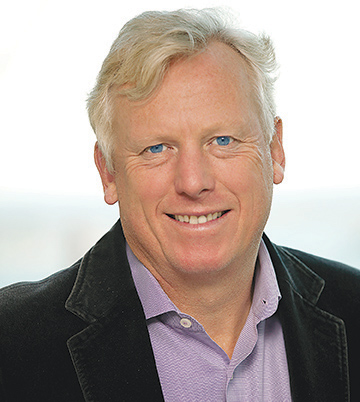 David Miller, the former Mayor of Toronto, will speak about climate change at upcoming event hosted by St. Aidan’s Anglican Church and Beach United Church on May 19.

David Miller, former Mayor of Toronto and author of Solved: How the World’s Great Cities Are Fixing the Climate Crisis, will discuss the climate crisis on Wednesday, May 19, in a conversation hosted on Zoom by St. Aidan’s Anglican and Beach United churches.

Everyone is welcome to attend.

Miller will talk about his book and his ideas for tackling climate change at the city level with Rev. Canon Lucy Reid, incumbent at St. Aidan’s, and Grace Rockett, a member of the parish and member of TCAN (Toronto Climate Action Network).

Beaches-East York Councillor Brad Bradford will have an opportunity to respond to Miller’s suggestions, and there will also be time for questions from the Zoom audience.

Rev. Karen Dale of Beach United will offer her comments and reflections before the evening closes.

After leaving the mayor’s office in 2010, Miller served as CEO of World Wildlife Fund-Canada. He is currently the North American director for the C40 Cities Climate Leadership Group. and,

The idea of inviting Miller emerged from a meeting of Paul Dowling and Allan Baker of Beach United’s Environmental Action Group with John Brewin, chair of St. Aidan’s Eco-Spirituality Group and myself.

Baker, who will introduce Miller, had already written a review of his book for the Beach United web site, https://beachunitedchurch.com/2021/01/solved-how-the-worlds-great-cities-are-fixing-the-climate-crisis-by-david-miller/ and strongly endorsed the proposed invitation.

The core idea of Solved, in Miller’s own words, is that “… by replicating the best and most effective ideas already implemented…. we can make a significant leap forward in mitigating greenhouse gas emissions and put the world on a path to 1.5 degrees. The ideas discussed in this book have all been implemented somewhere.”

When I contacted him, Miller was enthusiastic about the community-level response that the churches were looking for.

He was also intrigued by the integration of ecology and spirituality that framed the invitation.

For some, involving churches in climate change and the environmental concerns may seem remote from their traditional activities.

But in the Anglican faith, Eco-spirituality is part of our baptismal promise to care for the earth. We share the view, articulated by Baker on the Beach United site, that, “… we believe that all of life on earth is inter-connected, and that God intended that all life is to thrive. For us, there is no division between the “spiritual” and the “material”: God is the Creator of all that exists. We are a part of the environment, and it is a part of us in this beautiful web of life.”

This joint initiative by the two churches is part of a continuing relationship that began when Beach United was renovating its building on Wineva in 2010-11.

At that time, the church used space in St. Aidan’s Memorial Hall for its offices and Sunday worship, and sometimes joined with St. Aidan’s in worship.

Since then the two churches have cooperated in hosting Out of the Cold, sponsoring Syrian newcomers to Canada, hosting candidates’ meetings before federal and provincial elections and providing Christmas Day lunches.

The similar theologies, history of effective joint projects and combination of resources encouraged the further development of this partnership into the area of Eco-spirituality.

The link for the evening will be posted on both St. Aidan’s and Beach United’s web sites which are https://www.staidansinthebeach.com and https://beachunitedchurch.com/ respectively