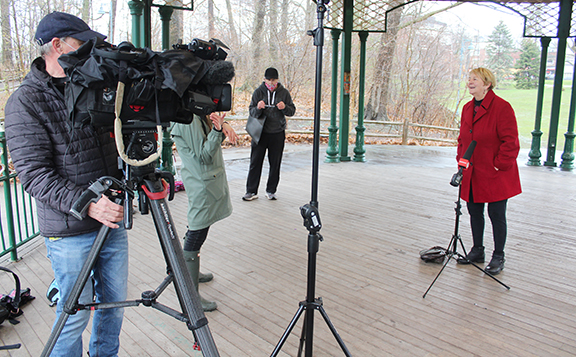 As part of the celebrations surrounding Beach Metro Community News’ 50th year in the community, CBC News Toronto recently did a story on our newspaper.

To read more about our paper’s history and some of the plans we have to mark our 50th year, please read Sheila Blinoff’s column which appeared in our March 9 issue. You can also read the story online on our website at https://beachmetro.com/2021/03/09/beach-metro-news-begins-its-50th-year/

A reminder to all of our readers that we are hoping we will be able to host a community celebration in March of 2022 to officially mark Beach Metro’s 50th anniversary.