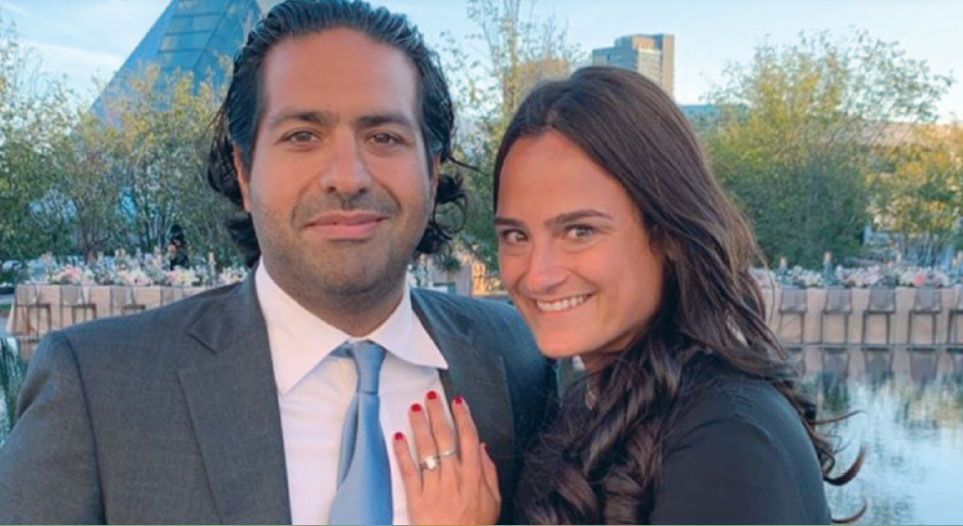 Michael Garron Hospital has received a donation of $1 million, courtesy of Moez and Marissa Kassam.

They are a Toronto couple who support quality healthcare for diverse and vulnerable populations.

East Toronto, which is served by Michael Garron Hospital in East York, has 22 neighbourhoods and five are identified as priority neighbourhoods. It is considered one of the most diverse communities in Canada.

The hospital serves more than 400,000 people, including individuals and families with significant healthcare needs.

According to a press release from Michael Garron Hospital, 40 per cent of East Toronto residents are newcomers. Poverty and isolation are two challenges many people in East Toronto face, said the release.

Moez and Marissa have supported a number of organizations including the Toronto Public Library, the Canadian Olympic Foundation, Ryerson University and food-related causes and initiatives.

“My parents are immigrants so I know firsthand the challenges of establishing oneself in a strange land, and it can be daunting,” said Moez Kassam, Hedge Fund Manager and Co-Founder of Anson Funds in Toronto in the press release.

“Our hope is that by shining a light on these crucial needs, it will inspire others to contribute in any way they can. Supporting our most vulnerable communities is paramount to strengthening our societal fabric, and we firmly believe this investment in our great city’s future will pay great dividends to all its residents.”

In honour of the donation, the hospital will set up a new Moez & Marissa Kassam Food Court. This will seat up to 200 patients, visitors, and staff and will be located alongside the hospital’s main lobby.

As the hospital continues the fight against COVID-19, the donation came at a perfect time, as the hsoptial is moving closer to completing its capital redevelopment project — a $500-million effort in which the hospital’s share is $125 million.

With the completion date set for the fall of 2022, the Michael Garron Hospital redevelopment project will introduce the Ken and Marilyn Thomson Patient Care Centre.

It will also welcome a number of new upgrades, including: replacing 215 of the existing hospital beds and having about 80 per cent single occupancy patient rooms; a new chronic disease unit will bring together the hospital’s current chest, kidney and cardiac centres into one purpose-built space; and a new mental health facilities, including a 44-bed adult mental health inpatient unit and a six-bed inpatient unit for children and youth experiencing acute mental health crises.

The donation from the Kassams will support both the redevelopment and the creation of a grassroots initiatives fund to expand the hospital’s capacity for community programming and inclusive and accessible healthcare.

“Moez and Marissa have tremendous compassion and we are deeply grateful for their commitment to expert and quality healthcare in East Toronto,” said Mitze Mourinho, President of Michael Garron Hospital Foundation, in the press release.

“We are thrilled that they’ve chosen to invest so generously in a brighter and healthier future for this community.”