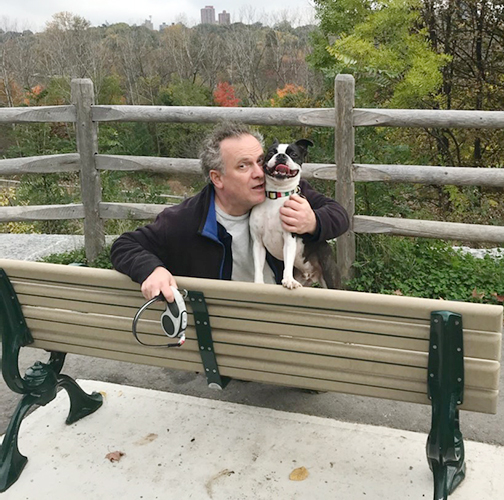 Gary spent most of his life living in the Beach area as part of the Dale/Loch clan on Rainsford Road.

The family moved to Rainsford in 1968. He later lived on Elmer, Dixon, Hammersmith and Lawlor. He went to Kew Beach school, Fairmount and later Monarch Park Collegiate. He played hockey, baseball, and lacrosse.

Gary was a catcher for baseball at Farimount Park, breaking his leg trying to stop a player from sliding into home plate. He spent much of that summer in a cast and Fairmount awarded him Athlete of the Year.

He was a goalie in Ted Reeve minor hockey and then later in high school, when his team, The Monarch Park Lions won the provincial championships in 1980-81. Gary really put his all into everything he did.

Gary loved the Beach and all the things the area has to offer.

He delivered the Ward 9 News (as it was called in the early days) and then Beach Metro News for a number of years starting on Rainsford by helping his dad, Jim Dale. He was the Lucky Volunteer a few times. He always enjoyed the Deja Views feature in the paper, and was interested in the history of the area.

Gary was fortunate to travel the world for a few years, teaching English in South Korea, Indonesia, and Poland.

During that time, he got to visit a number of the surrounding countries. He always wanted to do the non-tourist things and was really able to experience the country he was visiting. Riding a camel was one of the highlights.

The rest of Gary’s career was in the food industry starting at the Organ Grinder, then Spaghetti Factory and the last number of years at Scotland Yard. He was a major fixture on The Esplanade and the St Lawrence Market area.

Gary loved to watch sports, notably the Philadelphia Flyers, and Toronto Blue Jays. If he was not able to watch a game with family and friends, he loved to replay how the game went with them.

Music was also one of his great loves, especially Elton John. Tiny Dancer was his favourite song. He knew so much about music.

In recent years, his focus was his beloved Boston terrier, Buster Jones. He treated Buster like a king which was how Gary did everything, he gave it his best!

Gary is so sadly missed by all the family and friends he left behind: Parents, Jim and Florence; sisters, Darlene, Cindy, Christine and Jennifer; along with brother Christopher.

Gary was predeceased by two brothers Rickie and Danny. He was a wonderful uncle to his eight nieces and nephews.

He was a devoted “Unker Gary” to Buster Jones, a special buddy to Robbie Nicholls and a great roommate to Norm Robinson.

We all miss his smile, his kindness and wealth of information.

This obituary was written by Gary Dale’s sister Darlene and recently submitted to Beach Metro News.