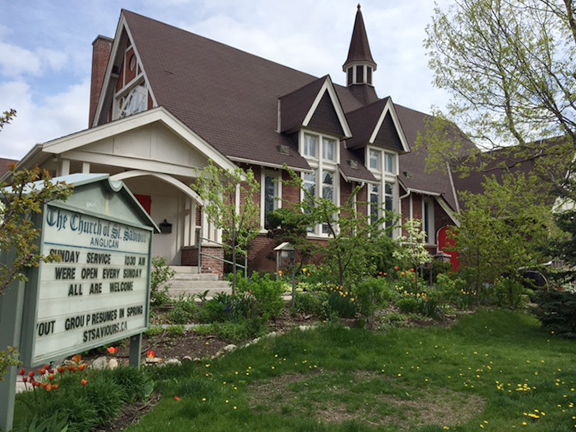 Praise the LORD! For it is good to sing praises to our God; for it is pleasant, and a song of praise is fitting.

“Singing is the most dangerous activity you can do during this pandemic.”

We started back to our in-service worship meetings in the middle of September. There were strict protocols. We must wear masks, sit six feet apart, chat outside, not share food, do a deep cleaning between each service. Since March, however, most of us have gotten used to these kind of rules, so we managed.

The question I was most frequently asked, however, was “why can’t we sing?” Good question.

I wondered that too. We were all masked and sitting apart from each other. What could go wrong? Apparently lots.

It didn’t matter how many times I or my colleagues asked the question to our Bishops or medical advisors, the answer was always the same. No. We could have a designated soloist or cantor, but they too would need to remain masked.

We would make the announcement each Sunday. We would project the words on the screen, saying “let’s pray them rather than sing them. Ponder them in your heart and just enjoy the beautiful organ or piano music”. But it was so hard to do.

Once the music started, the tongue wanted to respond. And the question kept being asked. Why can’t we sing? There is something in the human spirit that just wants to sing.

It wasn’t until I started acting as the soloist/cantor on a few hymns that I realized the problem. I am able to speak softly as I’m mic’d. So I sang softly too. It didn’t matter. I could see that my snugly fitted mask was being “blown” much farther out. Singing – it really is more dangerous than speaking.

But I think that most of us have known this for a long time. In a pandemic it is the actual breath I expel that might carry a virus. Hence, masks and distance. But in other times, it isn’t about the breath, it is the words combined with a melody that can cause all kinds of trouble.

When a would-be tyrant comes to power in a country they tend to ban patriotic or folk songs. They get replaced by propaganda music. If people start singing their traditional songs they get inspired and energized. It becomes a powerful tool of resistance and subversiveness. In his book The Spirituals and the Blues, James H. Cone examines the music of Black slaves in the Confederate south. Mostly these songs spoke of a new life awaiting them in heaven where they would be free and have full agency. But as Cone looks more closely at the texts, he comes to the conclusion that, although many songs spoke of “crossing the Jordan” to Paradise, more often than not they were also alluding to “crossing the Ohio” to a new life of freedom in the here and now. Dangerous stuff.

Jewish and Christian Scriptures (and other religions also) are filled with singing. It’s not a mystery why one of the most popular books in the Bible is its songbook – 150 Psalms.

Miriam, Moses’ sister, immediately takes up a tamborine and breaks into song when their people are finally free from slavery. Mary, told by an angel that she will bear the Christ child, also bursts into praise. Not about herself only, but about the day when tyrants will be tumbled, and the lowly poor be lifted up. Paul and Silas, daring to choose a god other than the ruling Roman emperor, are beaten and thrown into prison – where they begin to sing in the night. What happens next is amazing…

But this isn’t just about the ancient past. This year we’ve also witnessed the powerfulness of song. When the pandemic hit Italy early on in the spring, we were all heartened to see citizens (in tune and out) singing out loudly on their balconies. It wasn’t a human foe they were singing against, but a deadly virus.

We watched as our professional singers found ways to reach out over the internet. Mass choirs of ordinary people from across the world have come together (virtually) to hearten us all against our common foe.

This holiday season, may we take up the dangerous act of singing by listening to these offerings and singing in our hearts until the day comes when we can all sing out loud (together) again.