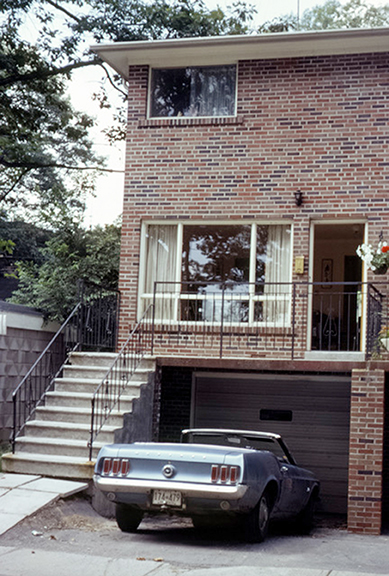 Janet Dowler sent in the above photo of this house on Hazel Avenue in the Beach in 1972. Note that Mustang convertible in the driveway. Inset photo shows a shot of the house from earlier this year.

Earlier this year, I asked the readership of Beach Metro News to send me photographs they took of their dwelling places after they first moved into the Beach.

Well, thank you Janet Dowler for being the first to indulge me!

The house is on Hazel Avenue and the photo was taken in the late summer of 1972. I would like to know what happened to that Mustang in the driveway.

In any case, thanks again Janet for sending this photo.