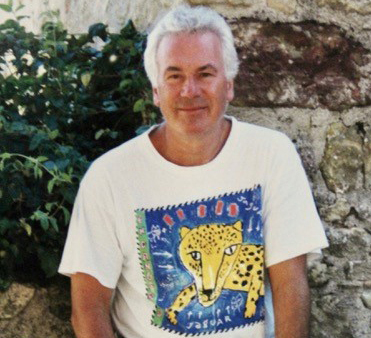 Former journalist Paul M. Dalby, who was well known in the Beach for his parties and barbecues when he lived in the area, is remembered. Photo: Submitted.

Paul M. Dalby was born to Kathleen and Eric Dalby in Leicester, England on Aug. 6, 1946. Raised alongside much loved older siblings Peter and Mal, Paul enjoyed his childhood years in the English countryside of Rutland.

As a young lad Paul displayed a natural talent as a wordsmith and with the support of his parents he pursued a career in journalism, landing his first full-time job with The Nottingham Observer at the young age of 17.

Over the next decade, Paul worked for various newspapers and magazines, married his first love Pauline and welcomed the birth of first
born child Samantha.

In 1973, always one for travel and adventure, Paul followed in his brother’s footsteps and with family in tow immigrated to Canada, a country he had never visited but quickly fell in love with. After a couple of years in the West and a job with The Calgary Herald, Paul and family packed up and headed for the slightly warmer climate of Ontario.

Here his second child Melissa was born and Paul would go on to work for The Toronto Star newspaper for eight years and Global News for a further 13 years.

Paul cited this period as the best time of his life, often referencing it as getting paid to have fun. And the fun didn’t stop when he clocked off for the day. Paul, a resident of the Beach, was well known for his weekly house parties, BBQ’s and dinners. Nothing made Paul happier than serving up a gourmet meal paired with a homemade bottle of wine, laughing and dancing the night away with friends and family.

In 1996, Paul with his second wife, Wendy and third child Genny, left his job at Global and embarked on another adventure, moving back to England. It didn’t take Paul long to remember that his love for Toronto and Canada ran deep and shortly after the birth of his son Eric in 1998, returned to Canada.

The last 18 years of his life were spent living in the quaint village of Warkworth, dedicated to supporting his second family and raising his two youngest children, working up until second last year of his life as a freelancer.

Never a dull moment in Paul’s life, he also spent the last 10 years of his life bravely battling four cancers. He faced his illnesses head-on
with optimism, positivity and humour that was truly inspiring to witness, never letting them slow him down for long.

Paul will forever be cherished, missed and remembered for his quick wit, charm, panache and loyalty by daughters Samantha Dalby (Gary Mulcahey) of Castleton, Melissa Dalby-Munroe and son-in-law Derek of Toronto, brother Peter Dalby of England, sister Mal Banbury and brother-in-law Thomas of England, nephews and nieces Paul, Peter, Steven, Pamela and Erika, lifelong best mate Peter Rickwood of Vienna and the many friends Paul felt so fortunate to have known.