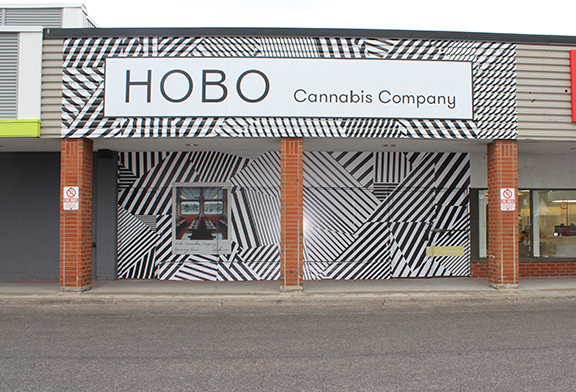 A Hobo Cannabis Company store is slated to open up in the Victoria Crossing shopping plaza on the northeast corner of Gerrard Street East and Victoria Park Avenue.

Another cannabis store is coming to the neighbourhood.

Hobo Cannabis Company announced it will be opening up one of its 12 new locations in Ontario at the Victoria Crossing shopping plaza on the northeast corner of Victoria Park Avenue and Gerrard Street East.

This location is under its own retail operator’s licence and not subject to the allocation lottery that many stores were waiting on.

The new store is part of Hobo’s plans to expand in the Toronto market.

This particular site was initially proposed as an Ontario government-owned cannabis store location under former Liberal Premier Kathleen Wynne in early 2018. At the time, community members raised concerns regarding its proximity to nearby schools such as Blantyre Public School and Malvern Collegiate Institute.

But two years in, Scarborough Southwest Councillor Gary Crawford said a lot of the “unknowns” are gone when it comes to the impact of cannabis stores in neighbourhoods.

The location follows provincial guidelines of requiring at least 100 metres of distance from the nearest school.

Hobo Cannabis will be the fourth cannabis shop to open up in the East Toronto area, after Canvas on Danforth Avenue, Sessions on Kingston Road, and the proposed Avatar on Queen Street East.

Avatar Cannabis’ opening date is still pending at 1864 Queen St. E., which is in the site of the former Aroma Espresso Bar just west of Woodbine Avenue.

Hobo Cannabis has not specified an exact opening date for the Victoria Park and Gerrard location.

The company initially launched stores in British Columbia and Alberta, with plans to expand to 12 new locations in Ontario.