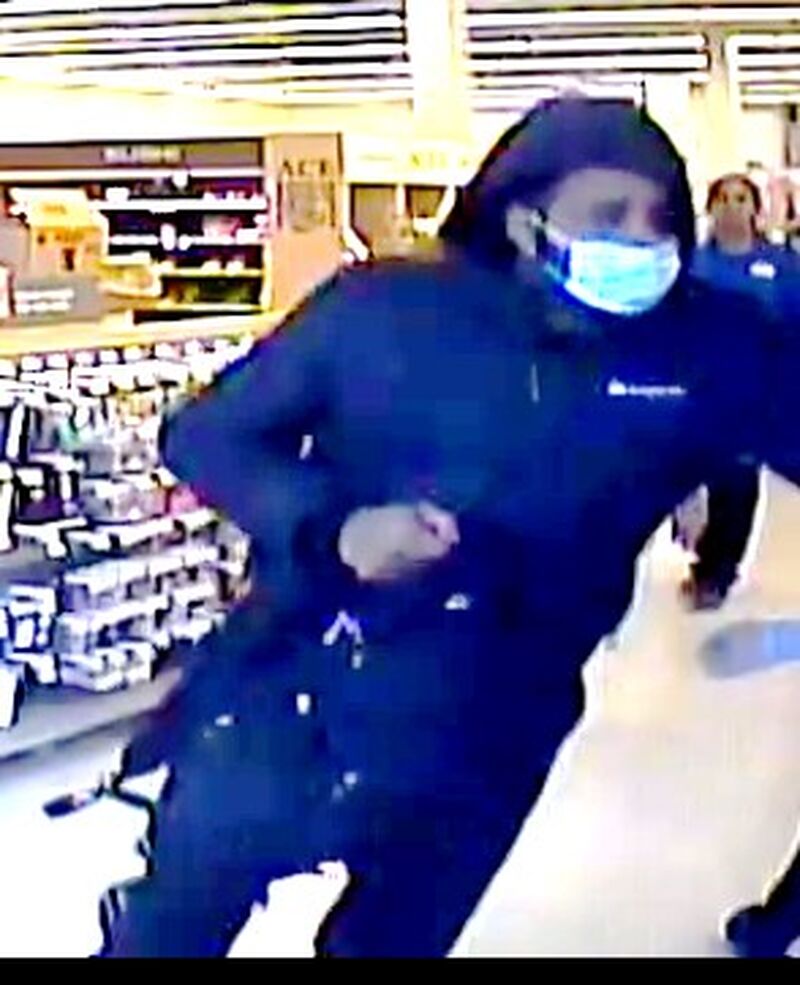 Toronto police are looking for information on this man in connection with an investigation into a robbery and assault at a pharmacy in the Coxwell and Danforth avenues area on the evening of Saturday, April 11.

Toronto police are asking for the public’s help in identifying a man wanted in connection with a robbery investigation at a pharmacy in the Danforth and Coxwell avenues area.

Police said they were called to the pharmacy on Saturday, April 11, at approximately 6:45 p.m. after a man allegedly stoled a quantity of items and assaulted staff members as he attempted to escape.

Once outside, police allege a man then attacked a woman in the pharmacy parking lot and attempted to steal her purse. The woman sustained minor injuries in the incident, police said.

The suspect is described as six-feet, one-inch tall, with a large build, and weighing approximately 250 pounds. He is believed to between ages 30 to 40, with a short black afro, and a full black beard.

He was wearing a black hooded coat, black track pants with white stripes, grey shoes, and a black backpack.